Scoliosis, and other major distortions in posture, have benefited little from rehabilitation until just over a decade ago. 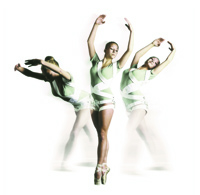 Scoliosis, and other major distortions in posture, have benefited little from rehabilitation until just over a decade ago. Chiropractors know that these disorders often lead to pain as well as to a variety of visceral and somatic dysfunctions. Conventional medical care for the most serious cases uses rigid bracing, medication and surgery.
As the scientific literature shows, conventional spinal adjusting, alone, has never consistently demonstrated a significant change in these pathological curves. Therefore, these patients have, historically, consulted with chiropractors mainly for relief of their pain.

But now, a flexible bracing system has been developed for these patients and this certainly deserves some attention from the chiropractic community. Invented at Ste. Justine’s Hospital in Montreal, Quebec, by orthopedic surgeons Drs. Christine Coillard and Charles-Hilaire Rivard, this brace is now being widely used on thousands of patients throughout the world, mainly for the treatment of Adolescent Idiopathic Scoliosis (AIS).  However, as author Sharon Dunn so rightfully stated in a January 2008 edition of Maclean’s magazine, “Why aren’t Canadian parents told about a Montreal invention used around the world to treat scoliosis?”

The good news is that awareness of this brace is now, in fact, reaching Canadians and this is due, in no small part, to the fact that chiropractors are coming to learn of its benefits.

The need for a modified mode of action
The wide variety of traditional rigid braces – that are, unfortunately, still in wide use today – all work with a rigid three-point pressure to induce a static correction in spinal curvatures. These braces rob the patient of normal proprioceptive input to the brain and create muscle atrophy, resulting in poor long-term outcomes. Most often, in fact, the spinal curvature will return to its original abnormal magnitude, once the patient discontinues use of the brace. 1

It was clear that a more flexible brace with an improved mechanism of action was required, in order to effect a beneficial and permanent result in patients with spinal deformities.

Flexible bracing and corrective movement
Named “dynamic brace,” (DB), this invention is composed of a pelvic base that looks like a rock-climbing harness and has four elastic bands hooked onto it, starting from the lower ribcage and shoulders, in order to induce its unique mechanism of action – corrective movement (CM).  The CM created by the elastic bands acts through an active biofeedback mechanism, which will result in a neuromuscular integration by the central nervous system.
This elegant and simple mechanism is what makes the DB completely revolutionary.  Corrective Movement is created by the arrangement of brace around the spine, thereby inducing neuromuscular integration and, also, producing correction over time.

As well, although the brace must be worn for 20 hours a day for a minimum of 18 months, it is important to note that the psychological impact on teenagers is negligible compared to that of rigid braces,
as this one is concealed under clothing and, unlike with rigid braces, patients are actually encouraged to carry on with their sports activities while wearing it.

The efficacy of the brace in cases of AIS is best between Risser 0-2 – or roughly pre-menarche, or change in the voice, in the case of male patients – where most of the growth occurs in the trunk. In this age group, the DB has been proven not only to correct, or stabilize, the scoliotic curves in 59.7 per cent of cases, but is seeing a stable correction in 95.7 per cent or these cases even at two years out of the brace.2

Classification of curves for bracing
To guide clinicians – chiropractors and orthotists –  in the use of the DB, its inventors have developed a unique classification system for pathological spinal curves. The system describes, step-by-step, the diagnostic process and brace-fitting instructions for each group of curves.
Based on where the initial wedging occurs in the spine, 11 different types of curves for AIS have been identified and characterized.  Each is associated with a specific CM plan and unique brace-
fitting instructions to meet the plan.

Alternative applications
Although the DB was intended for the treatment of AIS, it offers endless possibilities for the treatment of vertebral subluxation stemming from spinal de-formities. Doctors of chiropractic, who understand spinal biomechanics better than anybody, can therefore also help a great number of patients with conditions other than scoliosis. Examples of these would be Sheuermann’s or senile hyperkyphosis, to name but a few.

I have discovered, in my practice, that my list  of “out of indication” uses for the brace is growing every day and that most of my brace patients are, in fact, adults.  The therapeutic goal, of course, is very different in their cases, as the spine is permanently deformed after the growth plates have been fused.  I must say, however, that the results are quite astounding, at least as far as the reduction of posture displacements, and therefore, pain management, are concerned.  I have found that it is even possible, in some cases, mainly in younger and more flexible adult patients, to produce some degree of correction while in brace.

As well, I am proud to have had the opportunity to present my results in the form of an abstract at a recent ortho-paedic conference regarding the conservative management of scoliosis (Athens, SOSORT, April 2008).

CONTINUING EDUCATION FOR SCOLIOSIS MANAGEMENT
For those chiropractors who are interested in learning more about this amazing spinal brace, we will have the privilege of hearing Drs. Coillard and Rivard present their findings with the DB during the next instalment of “Les journées chiropratiques,” a continuing education initiative of the Quebec Board of Chiropractors, on September 14, 2008, in Montreal.

Chiropractors are, and must remain, the spine experts!

It is therefore, our responsibility to know that there now is something available, out there, for the conservative treatment of scoliosis and other spinal deformities.