The Message in the Media

Chiropractic as portrayed in the situational comedy on television 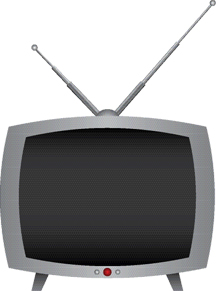 Television is not a new medium and it is not going away any time soon. It is the ultimate form of passive entertainment. When we are too tired to click a mouse and we do not wish to leave home, it is that reliable friend sitting in the corner waiting. In this day and age, you will be hard-pressed to find a house without one, two or more of these devices.

This two-part article represents the first in a larger series investigating the portrayal of the chiropractic field in various genres of the media.

A major focus of prime-time television is the situational comedy, or sitcom. Sitcoms are designed to make us laugh, so the writers pack as many jokes as they can into a brief time slot. Sitcoms are each about 22 minutes of screen time with eight minutes of commercials. They create characters that we can relate to, laugh at, and love or despise. As their fictional lives unfold, these characters then explore environments and have interactions with others in a world that comedically mirrors our own (at least in some regard), and we tune in weekly to follow their zany adventures.

Since the sitcom began, we have enjoyed the trials and tribulations of actors portraying lawyers on comedies such as Night Court or Dharma & Greg, and medical doctors on shows like MASH and, more recently, Scrubs. These sitcoms have highlighted the best and worst of their respected professions. The shows find humour in the professional and personal lives of the protagonists and the people around them.

In the past couple of decades, we’ve started to see visits to chiropractors coming up in comedic situations or as subjects of debate, and chiropractors have appeared as recurring characters on popular sitcoms.

The sitcom is a scripted television show.  Occasionally, we hear chiropractic mentioned in a brief quip, which may or may not advance the plot. Chiropractic can serve as the theme of an episode, or be used as a tool for fuelling stereotypes of a character’s positive or negative viewpoints.

On That ’70s Show,(1) a teenaged Eric Forman is at a point in his life when he needs to select a vocation. His mother, Kitty, suggests that she has a friend whose son is a chiropractor and that he is very happy. Eric’s father, Red, agrees that Eric should become a chiropractor if he can’t think of anything else, but Eric reveals he does not know what a chiropractor does. Kitty, who is herself a nurse, responds with, “Ooooooh, honey, it’s perfect for you; it’s like a doctor but you don’t have to be as smart.” How should Kitty’s opinion be viewed?  In one line, she praises the field and in the next she belittles it.

On the show Growing Pains,(2) Jason Seaver warns his son, Mike, who has been “hustling” his peers, that if he remains a con man he will end up as a bitter chiropractor, and that he wants more for his son than to be someone who hugs people with low back pain. Due to swift recourse from the American Chiropractic Association, that scene and episode have actually been pulled from syndication.

PRECONCEIVED NOTIONS
One of the key things to note in the Growing Pains episode is where the negative attitude toward chiropractic is coming from. The character Jason Seaver is a doctor of medicine with a home-based psychiatry practice. There is a longstanding preconceived notion that suggests the medical doctor and the chiropractor have competitive rather than co-operative roles in patient care.

Another example of the medical doctor persona being stereotypically opposed to chiropractic is seen on the episode of Two and a Half Men(3) in which Charlie is being examined by a medical doctor while Charlie’s brother, (and co-star of the series) Alan Harper, a doctor of chiropractic, is standing by. Alan, aware of Charlie’s symptoms, is reviewing the radiographs when the medical doctor strolls in. Upon learning that Alan is a chiropractor, the medical doctor mocks him, his training, and his judgment, but in the end presents Charlie with the same diagnosis as Alan had.

Rachel’s father on Friends(4) is another medical doctor on a sitcom who was portrayed as pompous and rude, at first toward Ross, and later through his negative attitude about chiropractic.

DR. HIBBARD’S ADMISSION
Dr. Hibbard, the family doctor on The Simpsons,(5) states “modern medicine has a lousy record of treating the back.” He then goes on to refer Homer to his chiropractor. Taken aback, Homer says he thought “real doctors hated chiropractors,” and Dr. Hibbard admits that, while that is the medical profession’s “official stance,” he personally finds chiropractors to be “miracle workers.”

Humour can be conveyed through conflicting opinions.  On Friends,(4) when Ross presents with a sore neck, Rachel suggests he consult her chiropractor. Ross belittles chiropractic education, but Rachel holds her ground. Even when Rachel’s father and Ross, who are normally at odds, align themselves to slander chiropractic, Rachel adamantly claims that her chiropractor helps her.

On Seinfeld,(6) when George complains of pain, Jerry proclaims that his chiropractor is the best! George is skeptical before even entering the examination room, and in his typical impatient manner George scoffs when the administrative staff member announces that “the doctor” would see him now. When billed for treatment, George is appalled at the cost, comparing it with admission prices to see Frank Sinatra. But Jerry supports his chiropractor regardless of George’s bluster and childlike antics.

KRAMER’S CHIROPRACTIC CROCK JOB
One very positive message that has been presented several times in Seinfeld(7) and other sitcoms is the emphasis that chiropractic manipulation should be left to the professionals. Elaine promises a bike to whoever can help ease her neck pain, so Kramer haphazardly adjusts her cervical spine. After transient relief, Elaine proclaims that Kramer’s “chiropractic job was a crock,” and that her neck is “even worse than it was before.” To which Jerry responds sarcastically, “I would think Kramer would have a knack for moving pieces of a person’s spine around,” with the underlying tone that Elaine should have gone to see a genuine chiropractor. Elaine does have a history of responding well to chiropractic care. On an earlier episode(8) that took place in Florida, a doctor of chiropractic made a house call after Elaine had been forced to sleep on an uncomfortable pullout couch in Jerry’s parents’ condo.
On That ’70s Show,(9) Eric takes his girlfriend,  Donna, to a presentation by Dr. Don the chiropractor.

Donna is selected from the crowd to have her cervical spine adjusted, after which she feels better. Later at home, Eric in vain tries to adjust her, and Donna’s head becomes fixated in a painful position. The juxtaposition of outcomes from treatment administered by a licensed chiropractor compared to an amateur drives home an important point: spinal manipulation is palliative when administered appropriately, and can be dangerous when it is not.

These are just a few examples that demonstrate how art can imitate life.  In clinics across the country, there are thousands of patients willing to give positive testimony related to the impact of chiropractic intervention on their lives. Equally present are those skeptical individuals, within the ranks of the conventional model of medicine, who make slanderous remarks about chiropractic.

In this article, we have explored the implications of amateur spinal manipulation as viewed through the world of sitcoms. Most people’s opinions are based upon what they have experienced or what they have heard from sources they trust; sometimes, that may be the voice of a fictional television character with whom they somehow identify.

As doctors of chiropractic, our best course of action is to continue to educate the public, according to the most current and rational scientific journal literature detailing the efficacy and safety of chiropractic intervention.

The sequel to this article will delve deeper into the situational comedy’s portrayal of the chiropractic profession.•

Related
The Message in the Media
Chiropractic Message on Dr. Phil Show
DC takes on TV as “Doctor Pain”
Bringing chiropractic to mainstream media in Ont.