Sept. 23,
Port Perry, ON – On Saturday, September 19, a plaque honouring Daniel David
(D.D) Palmer, was unveiled in Palmer Park, Port Perry, Ontario.
Hosted by the Historic Sites and Monuments Board of Canada and the municipality of Skugog – in which Port Perry is located – the unveiling ceremony was organized to commemorate the national
historical significance of the man known as the father of chiropractic.

Attended
by more than 100 people, the event featured such speakers as Dr. Robert Haig, executive
director of the Ontario Chiropractic Association (OCA), Ms. Julie Dompierre,
executive secretary for the Historic Sites and Monuments Board of Canada,
Marilyn Pearce, mayor of the township
of Skugog, and the Honourable
Bev Oda, MP for Durham Region. 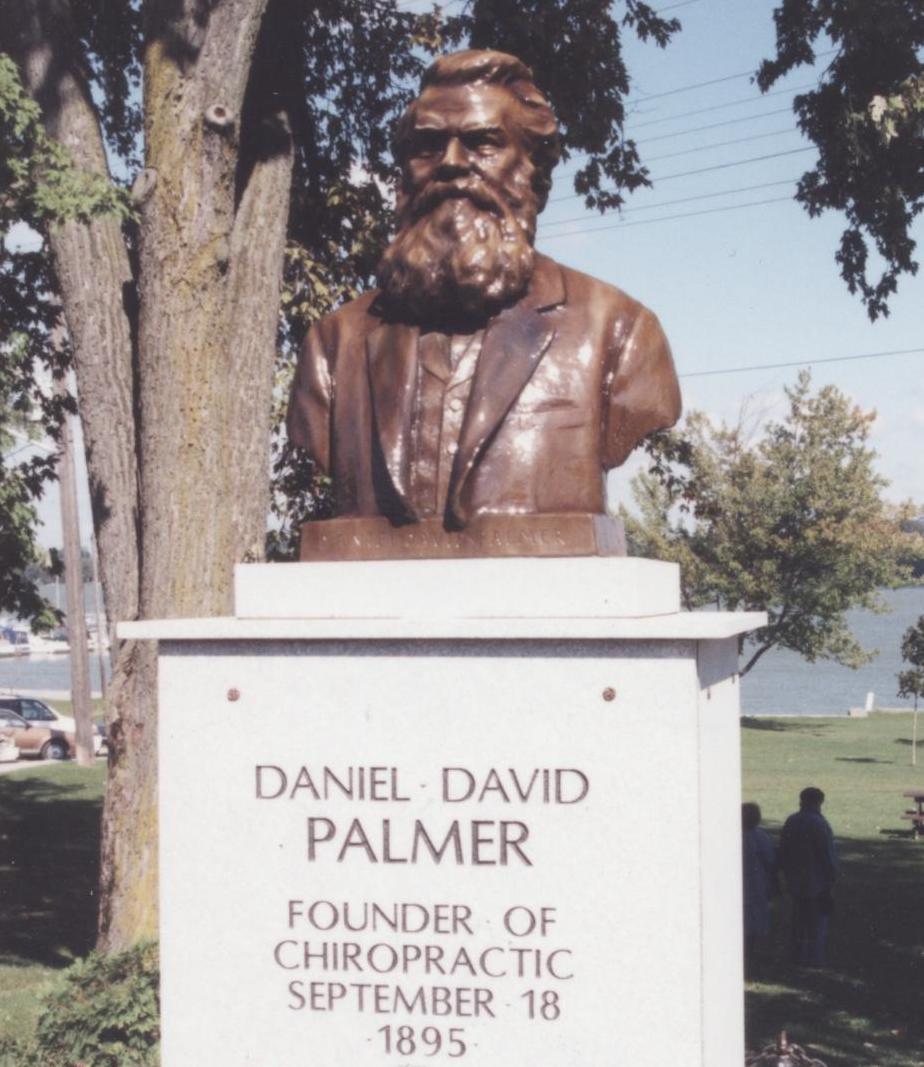 Speakers
talked about D.D. Palmer’s life and his work which initiated the profession of
chiropractic.  But what differentiated
this gathering from previous dedication ceremonies for the park, and the statue
of Palmer therein, was the fact that chiropractic was presented less as an
alternative therapy, and more as an integral contributor to mainstream
healthcare.  Furthermore, Dr. Palmer was
compared, in his significance to Canada, to other well known and
respected individuals, such as Dr. Norman Bethune and Sir William Osler.

Other
dignitaries in attendance included Dr. Colin Carrie, MP for Oshawa – who is
also a chiropractor and parliamentary secretary to the Minister of Health – Dr.
James Laws, representative for the College of Chiropractors of Ontario (CCO),
Dr. Silvano Mior, representing the Canadian Memorial Chiropractic College
(CMCC), and Dr. and Mrs  Brown,
representing the CMCC governor’s club.

A number
of other DCs were also in attendance, including Dr. Helen Peel who was born and
raised in Port Perry, and was a member of the first graduating class at
CMCC.  Dr. Peel, after 60 years as a
chiropractor, continues to practice in her home town along with her daughter
Dr. Reva Bathie.  Dr. Bathie was also
present at the ceremony on Saturday.

Canadian
Chiropractor would like to thank Dr. James Laws for covering the event, and for providing  details regarding the plague and the dedication ceremony.