News
This Mother’s Day, know the symptoms of concussion

May 10, 2018
By Carmela Tartaglia University of Toronto

May 10, 2018By Carmela Tartaglia University of Toronto 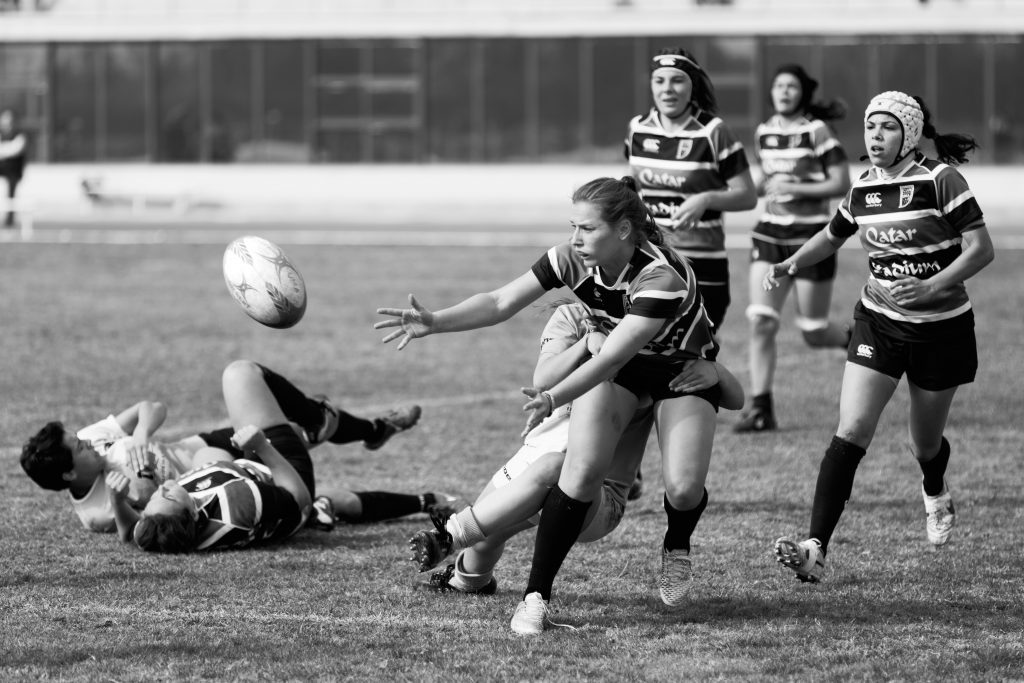 Photo by Quino Al on Unsplash

The changes in the brain from a concussion do not appear on conventional imaging tests such as CT scans or MRIs; nor are there any other tests to diagnose a concussion.

A bump on the head. And then another. That’s all there was to it. Yet, Mother’s Day 2013 would change one mother’s life. Her daughter Rowan Stringer, a high school rugby player with her whole life ahead of her, died after sustaining multiple concussions in the span of a few days.

Second-impact syndrome, the cause of Rowan’s death, is rare. However, persisting symptoms after concussion — also known as post-concussion syndrome — are more common and can have devastating effects on people’s lives.

Rowan’s parents envisioned a world where this happens to no other family. They petitioned for more education on concussions, for better surveillance and for improved return-to-learn and return-to-play practices.

On March 7, 2018, concussion safety legislation known as Rowan’s Law was passed by the Ontario legislature, compelling sport organizations across the province to take concussions seriously.

As a cognitive neurologist and concussion researcher with the Canadian Concussion Centre at Toronto Western Hospital who sees people with brain diseases, I believe Rowan’s Law is a necessary, important step that will help protect the young athletes of Ontario.

However, all its recommendations highlight the need for better understanding, detection and management of concussions. We must admit there is a lot we do not know.

This law should also have more widespread ramifications. People of all ages can suffer concussions. Many do happen in the context of sport. But many are the consequence of motor vehicle accidents, trauma, domestic violence and falls.

Symptoms of a brain injury

Until recently, concussions were considered trivial incidents, not worthy of medical attention. We now know that the symptoms that accompany concussions are the result of a brain injury.

The changes in the brain from a concussion do not appear on conventional imaging tests such as CT scans or MRIs; nor are there any other tests to diagnose a concussion.

But we know that these changes can cause symptoms such as headache, dizziness and unsteadiness, as well as changes in mood, concentration and memory.

Concussions: 10 things you may not know.

Although most people recover from a concussion, 10 to 15 per cent can develop persistent symptoms lasting months or years.

This can have profound effects on school, work and relationships. These consequences from head injury can make return to one’s life difficult, and in some cases impossible, as not everyone recovers.

I am always amazed that most people realize that memory, attention, language, movement and such activities are functions of the brain but don’t understand it is also responsible for mood, love, judgment and the like.

The idea that someone who has been concussed is in the best position to know whether they should continue to play or not reflects our poor understanding of brain function. A concussion that causes headache or poor memory is also likely to impair other aspects of behaviour.

The long-term effects of multiple concussions and the long-term risk of developing a neurodegenerative disease in the form of chronic traumatic encephalopathy (CTE), is now being recognized by the medical community.

Rowan’s Law imposes requirements on sports organizations. These are all geared towards recognizing a concussion and avoiding repeat concussion while an individual is still recovering.

Thanks to the Stringers’ tireless advocacy, it will not be up to the athletes to decide whether to pull themselves out, or put themselves back, into a game after a concussion.

The law mandates that coaches and others responsible for young athletes are educated about concussion and take action when they suspect one has occurred.

You have one brain

We also have no treatments that are specific for concussion and so we borrow ideas from other areas without much evidence.

We still do not even know what happens to the brain to cause a concussion and all its symptoms. Answering this last question is essential to move us toward treatments.

Although Rowan’s Law focuses on young athletes, people of all ages can suffer concussions. These can occur as a result of motor vehicle accidents, trauma, falls, domestic abuse and many other types of incident. Many concussions happen outside the context of sport.

Protecting one’s brain from concussion, appropriate treatment of concussion and importantly, prevention of further concussions, should be on everyone’s agenda.

You only have one brain, it defines who you are — when it changes you change. Multiple concussions can permanently change the brain and result in grave consequences for you, those around you and, most of all, your loved ones.