What comes around goes around: Mutual respect and understanding for practitioners and associates 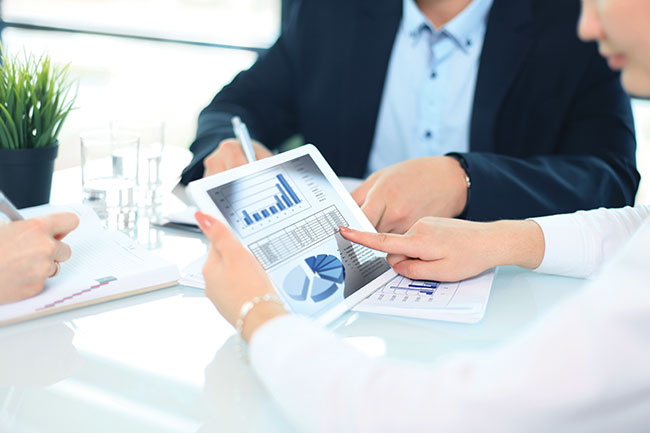 Chiropractic and naturopathy are some of the only health professions in the world where some form of self-employment is your only option. For example, virtually every chiropractor will be an entrepreneur to some extent, which represents approximately 9,000 people in Canada. Compared to the general population where approximately 10% are entrepreneurs, DCs end up at 10 times this rate. The options for our trades are owning a clinic and working in/on it, or being a contractor and working at another clinic.

The owner-contractor relationship is an opportunity to move the profession forward on a number of fronts. What is usually considered a transactional arrangement, can be an opportunity to simply do better. First year graduates are making on average about $25,000 per year, which is a major blight on our profession. On the other side of the ledger, chiropractic clinics are rarely selling. Clinic owners are suppressing new grads remuneration (in many cases running below 50%), and docs in the 3-5 year range are objecting to purchasing clinics and providing docs with a comfortable retirement. No one is winning here. It’s akin to treating your kids poorly, and then they get to pick out your retirement home. You want Shady Pines, but you end up with something much less desirable.

Let’s look at a few case studies, not on contract law, or negotiation on how a contractor gets a position, but better yet, let’s look at three competing examples of how someone leaves a contract position. This is a window into mutual respect and understanding.

Case 1: A first year grad took a contractor position with a clinic for a period of one year. During the covid lockdown, they quarantined with a new partner in another region, and at some point thereafter decided to move permanently. This contractor met with the owners approximately three months in advance and let them know their plans, and indicated they intended to fulfill their contract. They did so, and had numerous opportunities to debrief, learn, and even remain close to the owners to this day. The owners helped the contractor with their new contract negotiations and were supportive 100%.

Discussion: While this left the owners down one excellent chiropractor, no one can argue with the lure of love. It would be unreasonable for anyone to expect different. Respect was shown on all fronts, and everyone was supportive. A subsequent plan for filling the role was made, and everyone remains friends and supportive of each other.

Case 2: A young couple moved provinces after graduating from Chiropractic school. They ended up in a small town working for a local clinic. Everything was fine, they were busy, they participated in clinic meetings with the owner, and the owner indicated that their needs were listened to and met. They had considered moving back to their home province, as covid had made them home sick apparently, which is understandable. In writing, about two months prior to contract end, they indicated to the owner that if they were to remain in the area, they absolutely would re-sign with the clinic. The owner took that at their word, and let them be for their summer holidays without hounding them. About three weeks prior to the end of their contract, he reached out, and received radio silence until exactly two weeks prior to the end date. The couple indicated that they were leaving, moving to a new clinic across town owned by a physiotherapy competitor and it was left at that. A debrief was not offered, nor any explanation given. Gone.

Discussion: Like any story, there’s his side, her side, and the truth. Was the owner problematic to push them out, or wasn’t the type to report their own management issues? If the couple were lured to greener pastures, why did they not give the owner an opportunity to meet their contract? Perhaps these contractors were difficult to deal with, but because it was a more rural area it is difficult to find clinicians. The end result is, after telling the owner they definitely would re-sign and then reneging at the last moment, after the owner had turned down another contractor is a sign of malicious intent, with the design to ensure the owner would be handicapped. This appears to be an attempt to hurt the owner with the stated goal to get a leg up in their reset. Regardless of management style, or personality issues (let’s assume), giving virtually no notice after assurance that they were good to go is wrong. While it’s not a legal issue, it’s certainly a moral and ethical one.

Case 3: The owner and contactor had known each other for a long time. The contractor came to the clinic in a major centre and worked at a couple of their locations doing exceptionally well. They earned six figures out of the gate, and continued to grow over a period of 3-4 years. They initially signed a 2 year contract, and then signed another 5-year contract. By around year 2 of the 5-year contract they decided they were going to rent a room at another location closer to their home. The clinic owner had hoped that the contractor would buy into their practice since they were approaching retirement and they got along so well. The contractor took on more and more hours at this other location, until the owner just decided to negotiate a close to their contract. Six months after leaving the initial clinic, the contractor ended up closing their other location and ended up quitting the profession altogether. Instead of a win-win situation, this was a lose-lose.

Discussion: This is like a marriage that just very slowly unravels and there doesn’t appear to be an attempt to fix it. Almost like failing on auto-pilot. I had the opportunity in this case to speak to both the owner and the contractor. No one seems to know how it happened, which is very perplexing, but in real life, it represents a microcosm of what happens all the time in relationships. The owner had opened up conversation about buying in, but the contractor reported that their family and friends balked at the idea of paying money for something they could just build themselves. I received the numbers, they were very much in range of reasonable expectations, almost too conservative actually. This is indeed a case of ‘cutting your nose off in spite of your face’ where someone feels they can just do better, and were surrounded by advisors who felt getting ahead with another person was unnecessary so they decided to choose a path that sadly ended in failure. It wasn’t indicated exactly why this ended in failure however a lack of business sense is usually the cause. Family and friends are the worst business advisors. Always remember that! In these cases we see a number of mixed results that inevitably come down to two factors: communication and respect. Like any relationship, communication is key, and the want to communicate usually comes from a level of respect from both parties. Respect in the business community seems to have been pushed out by transactional or zero sum dog eat dog approaches. While you may get ahead in the short term with such a strategy, over the long term you’re likely to be passed over by those with a more rhobust and healthy mindset.

Clinic owners need to give more respect to their contractors. Owners will often cry poor about how expensive their overhead is, and they are indeed right. However, if you’re bringing on a contractor simply for the revenue, you will unfortunately be disappointed. If you can’t afford to take a haircut on your own schedule with the goal of supporting a contractor, simply don’t take it on. Bringing a contractor on isn’t about padding your bottom line, it’s about better servicing your patients and your community, while giving back to your profession. If this isn’t for you, then stick to your own schedule. Owners need to respect the work that contractors put in, the time in the room, the time in traffic, and the work they do promoting themselves, and subsequently the practice.

As well, contractors need to recognize that the clinic owner has most likely at times, suffered. They have likely put payroll on a credit card, have worked long days with no pay, have generated excess debt, had audits with CRA, and have likely had difficult times with the family. So when you feel they are cheaping out on you at contract time, or can be snappy, it is likely coming from experience that you have been sheltered from. Owning a clinic is hard, and is not for everyone. A quote from a colleague who just decided to shut down their practice and work for someone else: “Ultimately, I’m leaving to be done with self-employment and all the other [‘B.S.’] that comes with employing myself and other people, taking my work home, accruing a bunch of tax debt, never knowing what next week or month is gonna look like financially. And ultimately working towards being home more.”

If owners and contractors up their level of respect, and this process can begin during formal education, the entire profession (take your pick) will benefit. The goal is to make everyone whole, and we should start now.

This article was originally published in the Jan-Feb 2021 edition of Chiropractic + Naturopathic Doctor.