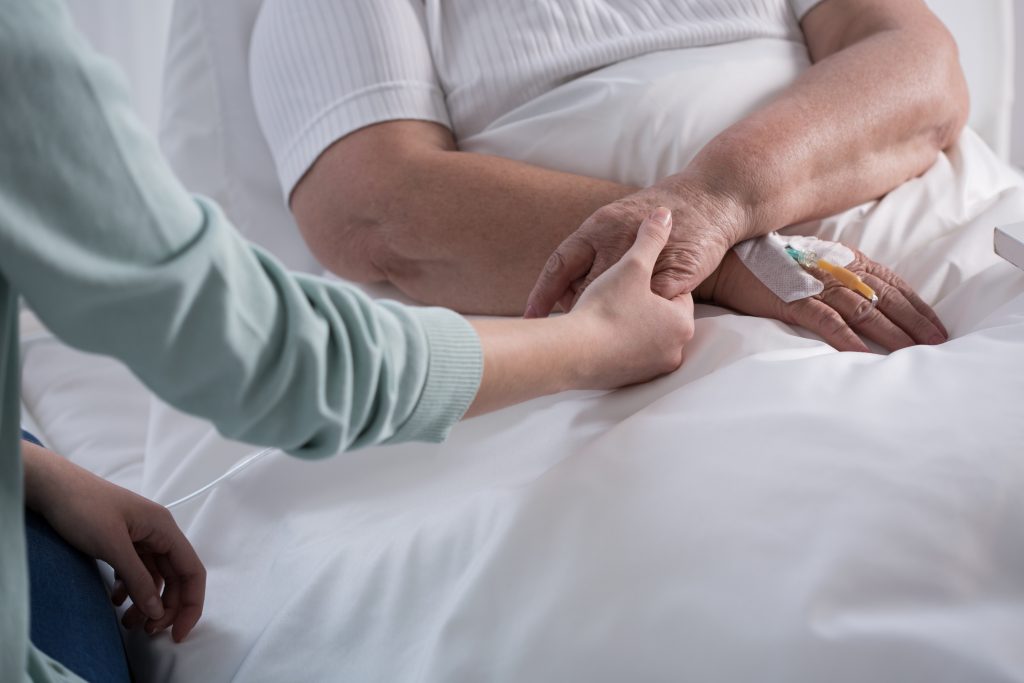 Broken bones are a bigger deal the older you are: even after they’ve healed, the bones of older people are weaker and more likely to re-fracture. And since more than 6 million Americans break a bone each year, figuring out how to help people heal better would make a big difference.

In a paper published in JCI Insight Duke scientists found that a certain protein, which is more prevalent in older people, interferes with bone healing. They hope this discovery will lead to new treatments to help people heal after injuries or surgeries.

“When we decreased the protein level, aging was reversed,” said senior author Gurpreet Baht, Ph.D. an assistant professor in the Duke Department of Orthopaedic Surgery. “Not only was there more bone and healing happened faster, but it was also structurally more sound.”

Baht’s team confirmed that older people have more Apolipoprotein E, ApoE for short, than younger people. (If that protein name rings a bell, it’s because ApoE is also implicated in Alzheimer’s and heart disease).

The team found that 75-85 year olds had twice as much ApoE in their bloodstreams as 35-45 year olds, then found the same was true for 24-month-old mice versus 4-month-old mice, which approximate the same human age ranges.

Next, they wanted to figure out if and how ApoE affects the multi-step process of bone healing. When you break a bone, your body sends signals through the bloodstream to recruit cells to fix it. Some of those recruits, specifically skeletal stem cells, build up cartilage as a temporary scaffolding to hold the fracture together.

“Over time, this cartilage will continue to be resorbed and osteoblasts will continue to deposit new bone,” Baht explained. “After a few months of your arm or leg healing, there will be almost no cartilage anymore. And if you were to look at it five years out, there’d be no sign of an injury anymore.”

That’s if the bone healing process works perfectly. But the researchers found that if they added ApoE to a petri dish with skeletal stem cells, fewer cells developed into osteoblasts and the osteoblasts were worse at building bones.

“We wanted to see if the cell population was more or less capable of becoming osteoblasts,” Baht said. “[Normally,] you put these cells down in a petri dish for about a month and the dish becomes so hard that you can’t even scratch the surface because they’ve made two-dimensional bone there. ApoE-treated cells are still able to do this, they just don’t do it as much or as well.”

Next, the researchers created an intervention by injecting a virus which keeps mice from making ApoE protein. Circulating ApoE levels dropped by 75 percent and the healed bones contained one and a half-times more strong, hard bone tissue than bones of untreated mice.

Past researchers linked ApoE to Alzheimer’s disease and atherosclerosis, a disease in which fatty plaques narrow the arteries. Too little ApoE, and fat builds up and can cause cardiovascular issues. The liver virus which turned off ApoE production in mice acts permanently, so Baht’s next step is to investigate other interventions.

“You have to be careful,” Baht said. “If a patient were to permanently decrease circulating ApoE levels, and then have a fatty meal, that fat might not get processed properly and could deposit in blood vessels. In our future studies, we’re going to try to temporarily lower ApoE.”

“As a treatment to improve bone healing, the patient could take a pill or an injection to lower ApoE for a short time rather than permanently, and there would be dietary restrictions during treatment. That would be probably a much safer model,” Baht said.