Several yeas ago, scientists coined a new term for foreign chemicals
found in the body: xenobiotics. The term comes from the Greek xenos, meaning foreign, and bios, meaning
life. Xenobiotics are found when the body absorbs chemicals that are
not nutrients, or when normally occurring substances become denatured,
i.e., modified from their original molecular structure, or are in
excess.

Mapping a gentle and intelligent route to health

Several yeas ago, scientists coined a new term for foreign chemicals found in the body: xenobiotics. The term comes from the Greek xenos, meaning foreign, and bios, meaning life. Xenobiotics are found when the body absorbs chemicals that are not nutrients, or when normally occurring substances become denatured, i.e., modified from their original molecular structure, or are in excess. Some authors have suggested that we are burdened by as many as 100,000 man-made xenobiotics – and that doesn’t take into account the natural ones.

A considerable number of clinical studies demonstrate that xenobiotic chemicals, which were once thought to have a very precise and direct toxic effect, may actually affect different parts of the body in a variety of ways.

One study has suggested a deficiency in detoxification pathways is involved in symptoms of Parkinson’s disease. Other studies have associated the development of respiratory tract and food allergies with insufficient detoxification. Of course, these health problems are multi-factorial, yet, xenobiotics do play an important role in their etiology.

Given the increasing number of individuals suffering from various recognized allergies, as well as the direct or indirect implication of allergies in a variety of disorders – they may cause the initial symptoms, or, as is generally understood, exacerbate them – this has extraordinary ramifications.

According to Dr. William Holub, “Treatment of allergy, then, requires far more than the identification and isolation from the allergen, but requires, in addition, an applicable program of dietary regulation and food supplementation to insure adequate detoxification.” Xenobiotics and food allergies are associated with many physical and psychological disorders.

Many chemicals can be absorbed into the bloodstream and cause a variety of symptoms.

Unfortunately, toxicologists usually verify the dose–symptom relationship of one chemical at a time. To my knowledge, no comprehensive studies have been done on the metabolic effects of an accumulation of minute amounts of hundreds of chemicals. Unfortunately, in North America, the xenobiotic load is considerable: food additives – colourings, flavours, preservatives, etc. fungicides, pesticides, herbicides, antibiotic or hormone residues, various other drugs, environmental pollutants, and more.

Is it any wonder we are sicker and sicker!

The concept of detoxification has always been a part of the natural health recovery approach used by traditional herbalists, naturopaths and nutritionally trained chiropractors.

Hippocrates, the father of medicine is known to have said, “First of all, do not harm.” The second part of the Hippocratic dictum is rarely quoted. It states, “Secondly, cleanse.” To detoxify, or help the body rid itself of xenobiotics, is of primary importance in reducing the toxic load on your patients’ bodies. To do this safely, certain factors must be taken into consideration:

In some cases you may want to ensure that the organs of elimination are prepared for the detoxification process.

This may require using herbs to support intestinal function and promote proper elimination a few weeks before having the patient undertake the detox, per se. Various fibres, foods and mucilagenous herbs such as flax seed, psyllium, beet root and slipper elm will help support elimination. If a laxative must be used, use a lighter laxative such as Cascara sagrada and always accompany it with a soothing herb such as marshmallow, in order to avoid irritation of the intestinal mucosa.

In patients with skin problems, support the kidneys in order to avoid a derivation of the toxins through the skin. Indeed, if the kidneys are not supported sufficiently, some toxins could be eliminated through the skin, thereby initially worsening the dermatological situation. Herbs such as nettles and burdock along with golden rod help ensure support for the kidneys.

Ensure that your patient’s intestinal flora is healthy. This may require using a probiotic supplement daily, a few before the detoxification program.

Because of the significant overload of xenobiotics in our modern environment, in most cases you should recommend a light detoxification program. You don’t want to stir up too many of these toxins at one time and you do not want to overburden the organs of elimination. Indeed, in some cases your patients’ organs of elimination may not be able to handle that level of toxins all at once. Of course, there will be patients who will require a more complete detoxification, but these are not the majority.

Traditionally, herbalists recommended detoxification twice yearly, in spring and fall. Unfortunately, the xenobiotic overload is significantly higher today than it was when these recommendations were first given. Detoxifying lightly but regularly, as often as one or two weeks every two months, may be more appropriate and effective.

If the patient needs the nutrients for specific support – chromium for hypoglycemia as an example – it is best to continue this supplement.

If the patient works in an environment that is heavily laden with chemicals – welding, hair salon, service station, etc. – or if he/she has a important heavy metal load, it is best to further support the body with antioxidant nutrients such as vitamin C, selenium, aged garlic and glutathione to ensure accrued support in the elimination of heavy metals.

Health can only be achieved through a healthy lifestyle. Detoxifying on a regular basis is essential. However, learning the sources of xenobiotics and how to avoid them is even more important. Here are some useful suggestions:


Xenobiotics are one of the most important sources of ill health in North America. Helping your patients manage them will ensure accrued positive results and, thereby, increased patient satisfaction. 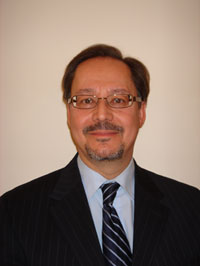 Dr. Crisafi, a PhD in nutritional biochemistry, attended the Institut Naturopathic du Québec and has also obtained his Master Herbalist degree. He was a member of the advisory board for the Université Libre des Sciences de l’Homme de Paris and has lectured at both McGill University and at the Université de Paris – Bobigny. In September, 2004, he received the Canadian Health Food Association’s Lifetime Achievement award and was inducted into their Hall of Fame. He has authored the first Canadian book on candidiasis, Candida Albicans, as well as Slim, Fit and Healthy. Dr. Crisafi has his clinic in Montreal at pH Santé Beauté.