You snooze you win

How sleep may be playing a role in vertebral disc regeneration 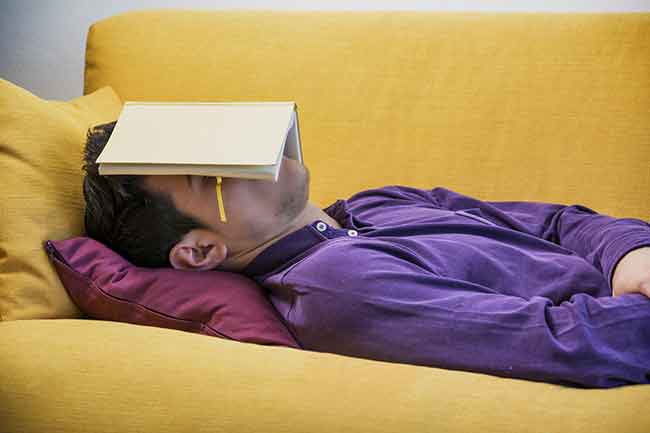 A patient in her late 50s presented with back and left leg pain. This had been a problem for decades as the degenerative scoliosis was catching up to her quickly. Her pain prevented her from sleep. Her symptoms became constant and nagging, especially with walking and prolonged sitting.

I began treating her with the methods that I often employ using a flexion-distraction table but instead, using extension-distraction. Treatments were weekly, with some gaining resolve but not entirely. To my surprise, her medical doctor prescribed medical marijuana and told her to take it just before bed. After a week, she was pain-free and doing walks that she dreaded doing prior to beginning treatment.

This article aims to suggest a possible mechanism regarding the results seen with particular highlight to the regenerative sleep cycle and possible hydraulic mechanisms on the intervertebral discs.

First, let’s talk a little about medical marijuana. There has been a surge of interest on this topic, spawning research and debates all over the world about its clinical application. Despite being labelled as an illegal substance without medical value in 1928, medical marijuana has been used for thousands of years prior to that and continues to be used to this day.

Just last June, the Journal of the American Medical Association published a systematic review and meta-analysis for the use of cannabinoids, which had moderate-quality evidence in the treatment of chronic pain and spasticity.

Sleep has always been of interest to me. It is a time of physical and mental restoration. We know the spine undergoes significant diurnal hydraulic variations, with recovery of compression being recuperated in sleep – cycling a loss and gain of 20 to 25 per cent of hydraulic structure from intervertebral discs (N. Boos, A. Wallin, T. Gbedegbegnon, M. Aebi, and C. Boesch. 1993. Quantitative MR imaging of lumbar intervertebral disks and vertebral bodies: Influence of diurnal water content variations. Radiology, 188351-354). Sleep plays a role in recharging these discs to prepare for the upcoming day. Within sleep’s architecture, however, there are many stages. Rapid eye movement (REM) is one of the most unusual stages experienced by all mammals, except cetaceans.

In 1998, I read an article in Discover Magazine about an alternate theory of REM. Dr. David Maurice, an ophthalmologist and professor of ocular physiology at Columbia University, proposed that rapid eye movements had a mechanobiological role of providing a circulating function to the aqueous and vitreous humor of the eye. Maurice, who passed away in 2002, presented his hypothesis at The Von Sallmann Lecture in 1996. He believed the rapid eye movement shakes the eyeball around to promote circulation to the eye. To date, researchers continue to explore his theories, which got me thinking about the inactive state of the core muscles and its possible influence on cartilage.

Theorists believe the primary reason for the muscle shut-off is to prevent us from acting out our dreams. I wanted to offer an alternative perspective looking at the mechanical effects of REM atonia as a purpose to help re-imbibe the intervertebral discs.

In 2007, I submitted a hypothesis paper to The Lancet, which made it through to reviews. My hypothesis looked at REM and its relationship to the spine. At the root of it is the observation of something peculiar which happens to our muscles during REM. They shut off and are neurologically similar to paralysis. This was initially observed by French researcher Jouvet in 1965. He found a very active mental state in REM but paradoxically, total inactivity of the muscles, which he coined REM atonia.

Few pieces of the REM sleep puzzle seemed to fit, including perhaps why cetaceans do not experience REM the same way the rest of the mammals do. Their aquatic environment may be less challenging to cartilage and may not require the core muscles to shut off to allow recharging of the discs. Furthermore, we know REM sleep is known to be greatest in youth and declines with aging. Cartilage is a tissue that requires offloading. Perhaps the reason babies experience so much REM is because they have much more cartilage requiring mechanical offloading to supply nutrient influx.

Even with a few pieces of the puzzle seeming to fit, an article without data doesn’t hold much water. In the end, four out of the nine editors were in favour, and The Lancet rejected my manuscript.

I was actually surprised to even get that far in such a highly impactful journal. I continued to press for a publication and thereafter submitted to the Journal of Circadian Rhythms, which accepted and published my paper in 2009.

The crux of the publication speaks about the value of sleep to the spine, and in particular REM sleep and the atonia that accompanies it. Sleep plays a crucial role in the health of all individuals. What happens in REM sleep to recover tissues may be mechanical. Perhaps if we learn more about these physiological microenvironments, it will provide clues to further advance our mechanical strategies as practitioners.

Coming back to the patient who had trouble sleeping and was prescribed medical marijuana, I would like to offer a mechanism. I believe medical marijuana allowed the patient to achieve better quality and quantity of sleep, which in turn allowed further hydraulic recuperation of the intervertebral discs. Disc height loss was noticeable on her x-rays and therefore, logically, disc height gains could conceivably alleviate her symptoms, even if the height gains were only millimetres or fractions of millimetres.

The pure scientist reading this article may have already turned the page, but good research questions start with
speculation.

Sleep is a magical time and I believe this can be the case for spine. Good sleep does matter clinically. A study published in June 2015 in the European Spine Journal found that “patients with non-specific neck and/or back pain and self-reported good sleep are more likely to experience a minimal clinically important difference in pain and disability compared to patients with impaired sleep with daytime consequences.”

As practitioners, we should be open to anything that could potentially improve the quality and quantity of sleep in our patients.

Dr. Jerome Fryer, DC, is a chiropractor and researcher based in Nanaimo, B.C. He develops spine education models through Dynamic Disc Designs. Contact him at drfryer@dynamicdiscdesigns.com.