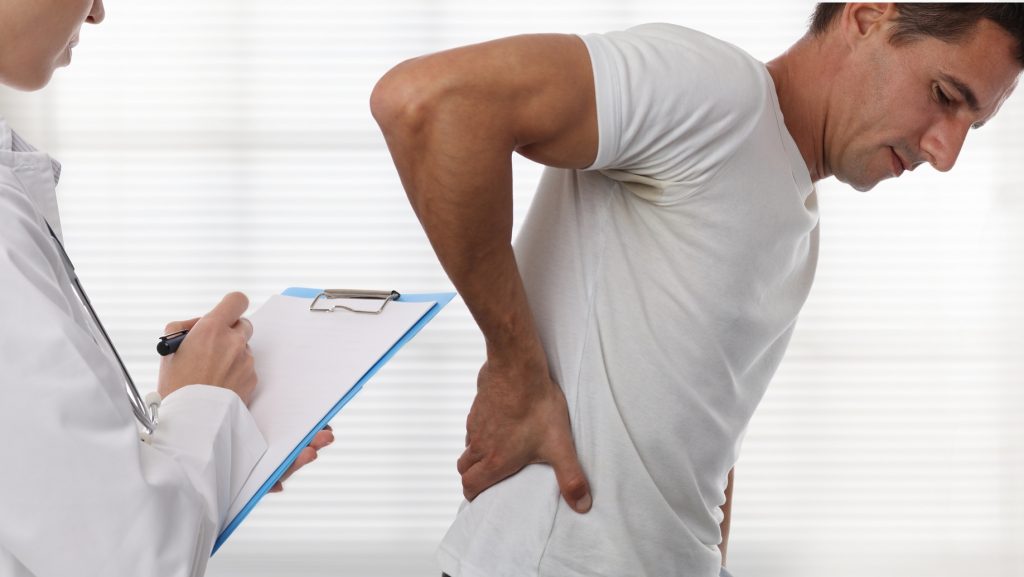 If you’ve ever visited the emergency department with appendicitis, or you’re one of the 100 million U.S. adults who suffer from chronic pain, you’re familiar with a row of numbered faces, with expressions from smiling to grimacing, used to indicate pain levels.

Despite that tool’s widespread use, some researchers say a more empirical approach would better serve both patients and the physicians who provide care.

“Sadly, this scale of smiley faces, called the visual analogue scale, is the gold-standard pain-assessment tool,” said Carl Saab, an associate professor of neuroscience and neurosurgery (research) at Brown University and Rhode Island Hospital. “Our goal is to associate specific brain activity with various scores on the numerical scale to make pain assessment more objective. We want to help patients with chronic pain and their physicians get into agreement about pain level so it is better managed and diagnosed, which may reduce the over-prescription of opioids.”

Saab and his colleagues have developed an electroencephalography-based test to objectively measure pain. Electroencephalography (EEG) is a method that measures brain activity using electrodes placed on the scalp. The brain activity is measured in the form of oscillations or “waves” of a certain frequency, somewhat like the specific frequency that dictates a radio station.

A frequency that correlates with pain in animals is called the “theta band,” Saab said. Computational analysis of theta brain waves to determine their power can be used to objectively measure pain in rodents and humans in a non-invasive manner, he added.

In a Nov. 6 paper published in Scientific Reports, Saab’s team reported that measuring the power of theta waves using EEG is an effective and direct test of pain and potential pain medication efficacy in pre-clinical animal models.

“When I was a graduate student, I hated this test because it had nothing to do with clinical pain,” said Saab, who is affiliated with Brown’s Carney Institute for Brain Science. “Nobody pokes a patient with back pain. I’m just so happy that I beat this test, now we’re working with something better.”

Since the EEG-based test is a more direct measure of ongoing, spontaneous pain than the current approach, it could help researchers develop more effective medications for chronic back pain or sciatica, which don’t have many effective treatments, Saab said.

The first medication they tested was a proven treatment for some forms of chronic pain, which is sold under the brand name Lyrica. The second was a promising pain medication in phase two clinical trials, and the third was a medication with inconclusive effectiveness in earlier studies.

However, for a few of the experiments, such as a dose below the effective level of the first medication, the EEG test provided results that were more accurate — more similar to the results found in patients than the behavior test — said Saab. Specifically, the EEG test showed a decrease in theta power measurement at the clinical dose but not the low dose, while the behavior test showed slower paw withdrawal at the low dose and the clinical dose. By indicating pain relief at a dose lower than the effective dose, the behavior test gave a false positive.

The ultimate goal of the research is an objective tool to measure pain for clinics and emergency departments. Toward this end, Saab is working to translate his findings to patients by calibrating the EGG signatures of pain with the traditional smiley-face-based pain assessment tool.

In addition to aiding the development of more effective pain medications and improving the diagnosis and management of chronic pain, both of which address contributing factors to the opioid epidemic, an objective measure of pain could improve health disparities, Saab said. These range from women whose pain is dismissed by medical practitioners to patients with difficulty communicating, including young children.

Three years ago, Saab launched a start-up company to develop the next generation of pain sensors, which he hopes can become the new gold standard for pain measurement. Saab added there’s considerable interest in a pain measurement tool for veterinary medicine.

Saab and Brown collaborators David Borton, an assistant professor of engineering, and Stephanie Jones, an associate professor of neuroscience, are working to understand the fundamental neuroscience of chronic pain and what kind of activity in the neurons produces the brain waves that constitute “signatures” of pain. In September, the team received a BRAIN grant from the National Institutes of Health to support this work.

Saab presented his findings on the EGG test to determine the effectiveness of new pain medications on Monday, Nov. 5, at the annual convention of the Society for Neuroscience in San Diego.