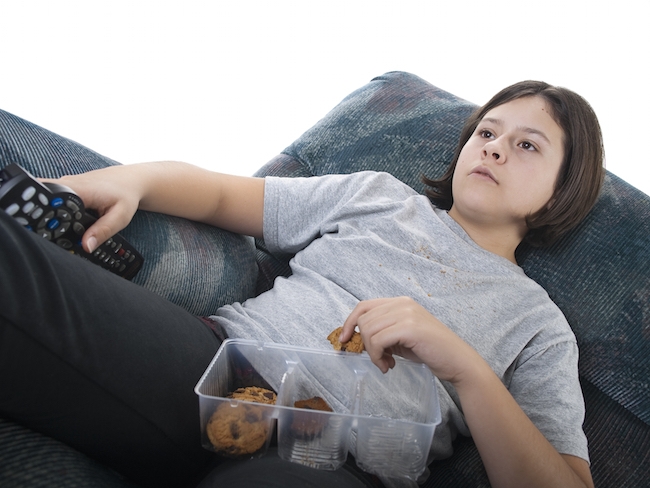 VANCOUVER – A new study has found teens who have a “couch potato” lifestyle risk having permanent negative effects on their bone health.

Orthopedics Prof. Heather McKay of the University of British Columbia says about 36 per cent of the adult skeleton is developed during adolescence when growth spurts typically happen, and physical activity is critical for developing bone strength and density.

It found that only 43 per cent of boys and nine per cent of girls were meeting the daily recommendation of 60 minutes of physical activity, and the amount of activity they participated in declined as they got older.

Of the more than 300 teens in the study, those who were less active had significantly less bone strength than those who were active, increasing their risks for fractures throughout their lives and osteoporosis when they become older adults.

McKay says the findings signal concerns for the long-term health risks for youth, and serve as a reminder that physical activity is not only important for cardiovascular health but skeletal health as well.

“We’re hitting a critical destruction point here in terms of the low levels of physical activity, so that is really sobering,” McKay, the study’s co-author, said in an interview.

The study was published in the Journal of Bone and Mineral Research.

In older adults, McKay said even small fractures can be “life-limiting” for a person by hindering their mobility.

Preventing the risk of fractures begins with developing bone health in childhood and adolescence, she said, and the good news is that it may not require much effort.

She said short spurts of exercise throughout the day or even one hour of exercise a day can have a positive impact on bone health in children and teens.

McKay said in the future she wants to explore whether there’s an optimal amount of activity or type of activity to strengthen bones in childhood. But for now, she said she hopes the current findings encourage physical activity for children and youth.

“Our bones respond to everything we do from the time we’re born and I think the investment has to happen now,” she said. “It’s absolutely worrying as to what we’ll confront as this generation ages.”