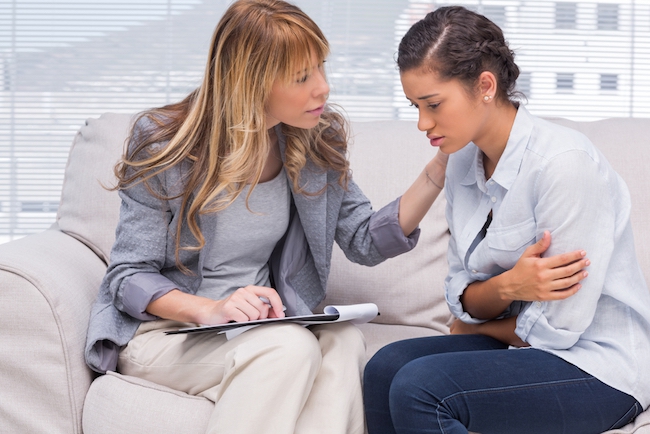 “Good mental health is the key to a safe and healthy community,” said Conrad Sauvé, president and CEO of the Canadian Red Cross. “Thanks to the generous support of Bell Let’s Talk, we are proud to launch these new programs that will empower both individual Canadians and first responders to provide compassion and care to those experiencing emotional trauma and mental health distress.”

The new Canadian Red Cross program will focus on training first responders to look beyond physical symptoms and evaluate emotional well-being following an emergency such as a natural disaster, according to a press release.

This new mental health training component will also be incorporated into the new section on Mental Health under the Learn tab in the Red Cross First Aid App, supporting both the general public and first responders who use the app.

“This partnership between the Canadian Red Cross and Bell Let’s Talk will provide Canadians everywhere with the resources to recognize the signs and symptoms of mental health distress during an emergency,” said Mary Deacon, chair of Bell Let’s Talk. “Initiatives like this are a crucial step in building mental health consideration into every level of health care, and to ensuring Canadians experiencing a mental health crisis get the support they need as quickly as possible.”

New research commissioned by the Red Cross shows that while the vast majority of Canadians (98 per cent) feel it’s important to respond to a mental health emergency, less than half would be comfortable taking action. The research further revealed that younger Canadians (age 18 to 34) were most likely to recognize a developing mental health emergency than other age categories. The survey results found that most Canadians did not feel confident in their ability to assist with a range of mental health issues, such as depression, suicidal thoughts, acute stress and psychotic episode.

The delivery of first aid is a crucial component of care for an individual developing a mental health problem or in a mental health crisis. The Red Cross trains over 644,000 people in first aid and CPR each year, including some 425,000 participants in Emergency and Standard First Aid courses, who will now receive mental health training. The Red Cross curriculum is delivered through a network of more than 3,500 training partners across the country, including municipalities, schools and businesses. In Canada, every four hours, people affected by a disaster receive help from the Red Cross.

Bell Let’sTalk Day is January 27. On this day, Bell will donate five cents to Canadian mental health programs for every text message, wireless and long distance call made by Bell customers, every tweet using #BellLetsTalk, and every Facebook share of the Bell Let’s Talk Day image at Facebook.com/BellLetsTalk.

Bell’s donations are made at no extra charge to Bell Let’s Talk Day participants, though normal long distance or text charges, if any, apply.