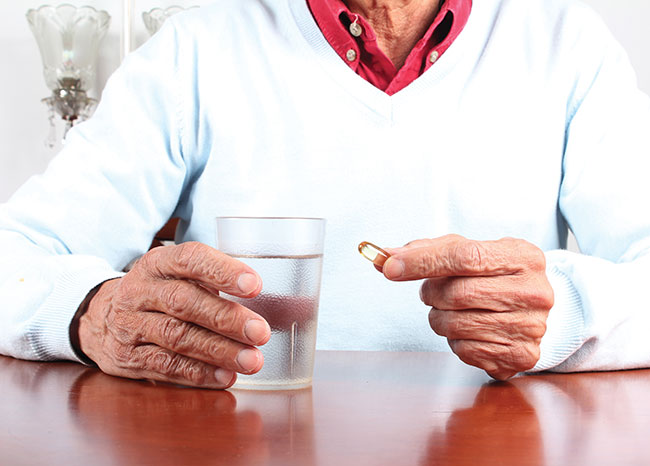 Dementia is an umbrella term that encompasses multiple neurodegenerative diseases resulting in cognitive symptoms. Characteristic to the symptom picture of dementia is not only classic memory impairments, but also includes language, problem-solving, executive functions, arithmetic and other cognitive and thinking capabilities. Therefore, dementia has a large impact on the individuals activities of daily living.

Alzheimer’s Disease, or Alzheimer’s Dementia (AD), is the most common cause of dementia, accounting for approximately 80% of dementia cases (Alzheimer’s Association, 2020). The other 20% of cases consists of Lewy Body Dementia, Vascular Dementia, Parkinson’s Dementia, Crutzfeldt-Jakob disease, Wernicke-Korsakoff syndrome, Frontotemporal Dementia and Mixed Dementia. These dementias all have differing etiologies that this article will not explore in depth.

The hallmark of the pathology of AD is the accumulation of beta-amyloid protein fragments that have aggregated outside neurons in the brain. Also of importance are tau tangles that are twisted in neurons and eventually lead to the death of neurons thereby affecting brain tissue. This pathological development occurs progressively over many years before symptoms emerge.

One of the concerns regarding the development of dementia is the ability to create new neural connections. Synaptogenesis is the creation of new synapses resulting in new connections between preexisting brain neurons. Brain neurons form synapses throughout the life span. This process is initiated by neuronal depolarization, however the numbers of synapses formed is dependent on the level of three key nutrients—uridine, the omega-3 fatty acid DHA, and choline (Wurtman, 2014).

Trophic, as defined in the dictionary, is ‘of relating to nutrition; concerned in nutritive processes’ (Dictionary.com, 2021). Another definition by Merriam-Webster (2021) states that trophic factors “promot[e] cellular growth, differentiation, and survival.” In other words, nerve growth factor is a trophic agent. This part will explore some nutraceuticals as trophic factors.

It is observed that low vitamin D levels is associated with increased risk of AD. Vitamin D is suspected to be a potential modulator of neurogenesis. Vitamin D has been shown to regulate neurotrophic factors and influencing neuronal proliferation, differentiation, survival and growth (Groves & Burne, 2017). Low vitamin D levels, or hypovitaminosis D, in AD rat models increased the number of amyloid plaques (Morello et al., 2018).

Vitamin D is highly recommended to be tested before considering supplementation. At this time, there is no concrete evidence on an ideal level of serum vitamin D. However, a study done by Oudshoorn et al. (2008) suggests that there is a positive association between serum vitamin D levels and MMSE scores, with participants with serum vitamin D higher than 50nmol/L generally scoring the highest. In regards to dosing, in a double-blind randomized controlled trial of postmenopausal women with levels than 30ng/mL by Castle et al. (2020), women who took 2000IU daily found to perform better in learning and memory tests compared to the 600IU and 4000IU groups. 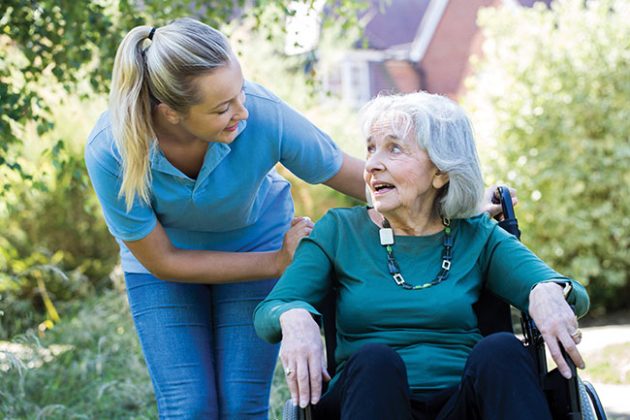 Magnesium
Another intervention in supporting neurogenesis is magnesium. Magnesium affects many biochemical mechanisms vital for neuronal properties and synaptic plasticity, including the response of N-methyl D-aspartate (NMDA) receptors to excitatory amino acids, stability and viscosity of the cell membrane, and antagonism of calcium (Li et al., 2014).

Magnesium is arguably often overlooked however it is cornerstone to our health. Magnesium levels were found to be decreased in various tissues of AD patients and negatively correlated with clinical deterioration (Li et al., 2014). Moreover, Magnesium was demonstrated to modulate the trafficking and processing of amyloid-ß precursor protein in transgenic mice (Li et al., 2014).

Magnesium itself has a poor penetration across the blood brain barrier (Vink, 2016). However, magnesium threonate is a more permeable magnesium salt and is a preferred option in neurological conditions (Vink, 2016).

Phosphatidylcholine and Citocholine
Choline is a major constituent of all biological membranes including neurons and glial cells (Blusztain et al., 1990). Brain sample studies dating to the 1980s and 1990s showed reduced levels of phosphatidylcholine and phosphatidylethanolamine and increased levels of their metabolites, glycerophosphocholine and glycerophosphoethanolamine, respectively, in the cerebral cortex of AD patients as compared to age-matched controls and to patients with Down syndrome, Parkinson’s disease and Huntington’s disease (Blusztain et al., 1990).

Citocholine is another treatment option. Citicoline exhibits neuroregenerative effects and activates neurogenesis, synaptogenesis, and angiogenesis and enhances neurotransmitter metabolism (Martynov & Gusev, 2015). In the IDEALE study testing for effectiveness and safety of citocholine by Cotroneo et al. (2013), 1000mg of citocholine was administered to 349 patients with mild cognitive impairment. Results found that there were positive results in the treated group in comparison to the control group based on MMSE scores 9 months into the study (Cotroneo et al., 2013).

DHA
DHA is a component of omega-3 fatty acid which is found in fish oils and plays a role in neuron development. DHA supplementation significantly promotes neurite growth, synaptogenesis, and increases the levels of pre- and post-synaptic proteins involved in synaptic transmission and LTP thereby improving synaptic function (Cao et al., 2009). A double-blind, randomized controlled trial by Yurko-Mauro et al. (2010) showed that in 485 subjects, those supplemented with 900mg daily of DHA had improved learning and memory function.

One of the most extensively studied neurotrophins is Brain-derived neurotrophic factor (BDNF). In general, the functions of BDNF are related to control of development of neuronal and glial cells, as well as activity-dependent regulation of the synaptic structure and its maintenance, which are critical for memory and cognition (Kowianski et al., 2018). In other words, BDNF has a central role in brain plasticity (Hakansson et al., 2017).

There are many ways to upregulate BDNF. Basic activities include physical activity and sleep.

Physical activity has been shown to affect BDNF levels. A study done by Hakansson et al. (2017) found that even a single 35-minute session of physical exercise had a larger impact on serum BDNF than cognitive training or mindfulness practice. Physical activity is probably the biggest proponent to cognitive health and cannot be stressed enough!

Sleep also has a significant contribution to BDNF. Chronic sleep deprivation has been found to be associated with downregulation of hippocampal BDNF (Rahmani et al., 2019). In reading this, there may be some memories of those days back in studying in medical school; these nights of deprived sleep affected our ability to encode memory for regurgitating in exams, especially with long term memory. In a study done by Fan et al. (2019), participants with short sleep duration (defined as less than six hours) had decreased BDNF levels compared with the healthy controls who slept greater than six hours. There is definitely a need to work with the foundations of health including optimizing sleep to improve cognition and BDNF levels.

Although these are interventions that show evidence that there are benefits to addressing cognitive decline, the primary care practitioner must first conduct a thorough assessment of the patient. Understanding which cognitive domain is affected can provide better insight on which parts of the brain are affected and if it truly is cognitive impairment (eg. Focus, concentration and working memory and the frontal lobe can also be misinterpreted as dementia).

In addition to neurotrophic factors, there is a need to understand that for any chronic condition there are two sides of the condition. In this case, fortifying synaptogenesis through trophic factors and supplementation is one approach, but only if underlying processes that impede the neuronal health have been addressed. A holistic, functional approach in addressing cognitive decline is warranted; factors that contribute to the expression of B-secretase in creating insoluble amyloid plaque needs to be addressed such as chronic inflammation, dysglycemia and hyperinsulinemia, toxins and heavy metals, cardiovascular health and anemia can impede on the proper functioning of the brain. By only primarily supplementing patients with trophic agents only depicts one part of the picture; without addressing the factors that impede on brain health, we are not taking a holistic, functional approach in optimizing cognitive health.

Dr. Romi Fung is a Naturopathic Physician practicing in Richmond, British Columbia, Canada. A recent graduate from the Canadian College of Naturopathic Medicine, Romi helps patients living with dementia improve their quality of life by taking an integrative and functional approach. On top of his practice, Romi is currently pursuing doctoral studies in Aging and Health at Queen’s University and is an Adjunct Clinical Faculty at the Boucher Institute of Naturopathic Medicine. www.DrRomiFungND.com.