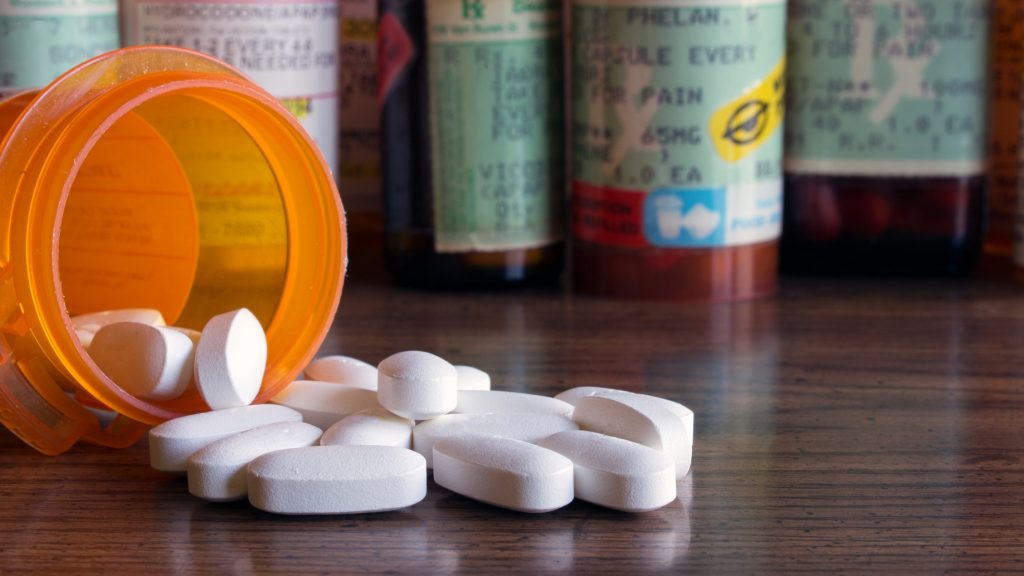 In a common narrative of the path to opioid misuse, people become addicted to painkillers after a doctor prescribed them pills to treat an injury and then, later, switch to harder drugs, such as heroin. However, nonmedical opioid users were more likely to say they began abusing opioids after friends and family members offered them the drugs, according to researchers.

In a series of in-depth interviews with 30 opioid users from southwestern Pennsylvania, about 56 percent of the interviewees said they began using the painkillers recreationally first, said Ashton Verdery, assistant professor of sociology, demography and social data analytics, and an affiliate of the Institute for CyberScience, Penn State.

According to Verdery, the national narrative often portrayed in the media is that heroin abuse occurred after people were prescribed opioid pills by their doctors and became addicted to them. This narrative holds that when the government cracked down on prescription opioids and drug manufacturers began making pills more difficult to abuse in the late 2000s, these people then transitioned to heroin because of its lower price and higher relative availability.

“There’s a lot about that narrative that I think is an overly simplistic way of thinking about this,” said Verdery. “What emerged from our study — and really emerged because we decided to do these qualitative interviews in addition to a survey component — was a pretty different narrative than the national one. We found that most people initiated through a pattern of recreational use because of people around them. They got them from either siblings, friends or romantic partners.”

He added that some study participants did say that they later engaged in “doctor shopping” to locate new sources of prescription pills when acquiring pills from those initial sources became more difficult.

The researchers, who report their findings in a recent issue of the Journal of Addictive Studies, said that understanding this pathway may help improve interventions and treatment options.

“It’s not just that people were prescribed painkillers from a doctor for a legitimate reason and, if we just crack down on the doctors who are prescribing in these borderline cases we can reduce the epidemic,” said Verdery. “Our results really don’t speak to that framework. They speak more to the need of educating people how dangerous these pills are and warning them about getting the pills from friends and family, because that’s the way a lot of people are getting addicted.”

The researchers first recruited 125 participants to complete a survey that sought information on their demographics, substance use, social networks and risk factors. A total of 30 survey participants accepted an invitation to then take part in semi-structured, in-depth interviews that lasted about an hour.

The researchers conducted interviews with nonmedical opioid users from southwestern Pennsylvania because the region has been hit particularly hard by the opioid epidemic and features both rural and urban users.

Verdery suggests that the researchers would find similar results in other areas hit by the epidemic, but future research may explore addiction pathways in other communities and consider how other substance use may play a role in opioid addiction.

“We think that understanding this mechanism as a potential pathway is worth further consideration,” said Verdery. “At the same time, friends and family are critical resources that people who use opioids can draw on for support and help in seeking treatment, which is all the more reason to pay attention to how drug use affects and is affected by social relationships.”