A Personal Perspective: Shedding new light on how human structures react to stress. 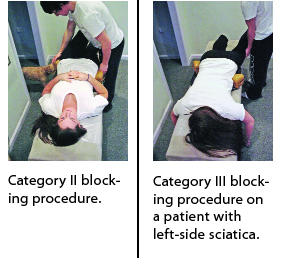 For the past 25 years as a chiropractor, I have practised and taught Sacro Occipital Technique (SOT) internationally.  It has always amazed me to hear the vast misconceptions about this incredible chiropractic technique developed by Maj. Bertrand DeJarnette, DO, DC.  It is my hope that this article will shed new light and create a new understanding of SOT.

As an engineer, Dr. DeJarnette developed an extremely inquisitive mind.  This, coupled with his personal and clinical experiences of osteopathy and chiropractic, led him to study the works of many of the leaders of both professions.  He felt that there were several contradictions and inadequacies within the professions as well as in his own practice.  He began dividing his time between the actual practice of chiropractic and the researching of its principles.  For 60-plus years, until his death in 1992, DeJarnette continually researched and perfected his chiropractic techniques and their physiological implications.  His body of printed materials, including technique manuals, philosophical discourses, and investigative papers is unparalleled in the profession.

DeJarnette’s definitive works, the 1984 Sacro Occipital Technique Manual and the 1979-’80 Cranial Technique Manual, are the culminations of years of investigative patient care.  In these manuals, he narrowed down the major subluxation/distortion patterns into three distinct categories with their accompanying cranial imbalances.  This category system recognizes that human structures react to stress.  The various compensatory subluxations that occur can become anchored in three identifiable,  interrelated, systems of body reaction.  Through the use of specific indicators, the location and correction of these abnormal compensatory patterns are made with greater accuracy and efficiency.

DISTORTIONS RESULTING IN FIXATIONS
DeJarnette based his technique on the premise that:  “Distortions are massive muscular efforts which result in specific and localized fixations.  These fixations act as a source of nerve stimulus to other muscles until the body reaches an impasse.  They result from a primary area of segmental neuron stimuli but by the time you see the patient, so many things have happened that it is difficult to make an effort to locate the basic area of subluxation.”  If these subluxations go uncorrected, DeJarnette also believed, they set up compensatory patterns that in and of themselves will create neurological and physiological dysfunction patterns resulting in chronic and degenerative neurophysiological changes in the spine and nervous system.  SOT is designed to assist the chiropractor in locating and correcting the primary subluxation.  This is accomplished by evaluating the specific SOT indicators that relate to definitive category subluxation complexes.

THREE CATEGORIES
Category I deals with the movement of cerebrospinal fluid (CSF) between the sacrum and occiput.   When the initial subluxation of the anterior portion of the sacroiliac joint (SIJ) occurs, restricting normal sacral nutation, it puts a strain on the spinal and cranial dura that may inhibit the flow of cerebrospinal fluid throughout the spinal-cranial system.  This dural involvement creates distortion patterns at the occiput, C1, and the sacrum with specific accompanying spinal and cranial compensatory subluxations in response to this primary sacral subluxation.
Category II involves hypermobility of the SIJ causing instability between the sacrum and its corresponding ilium.  The sacroiliac weightbearing subluxation causes neurophysiological dysfunction since the body’s righting mechanism will now have to struggle to maintain itself against gravity, resulting in postural and sometimes extremity structural subluxations.  This imbalance also affects the cranial sutural system, the temperomandibular joint, and transverse facial planes of the body.  Failure of Category II indicators to compensate for the stress of this type may lead to the Category III complex.

Category III is usually the end result of a chronic failure of the body to compensate for or correct the neurophysiological consequences of the primary subluxation or the weightbearing SIJ instability, compromising the integrity of the intervertebral discs.  At this point in time, nerve root compression or stretch syndrome due to direct involvement of the cartilaginous discs and joints of the spine has occurred, usually involving discogenic degenerative changes.

INDICATOR SYSTEM
The true beauty of SOT lies in its indicator system.  Based on neurological reflex patterns, these indicators allow the chiropractor to determine where, when and even how to adjust the various subluxations. They can also help delineate a variety of subluxation parameters, including structural, vasomotor, meningeal and viscero-somatic patterns.  Once the subluxation is detected, the SOT chiropractor can make an adjustment under the SOT technical umbrella in a variety of ways ranging from standard high-velocity osseous corrective techniques, leverage-based (using SOT blocking procedures) minimal invasive procedures, or low-force corrective adjustment protocols.  This affords the practitioner the ability to care for patients of any age or condition without the use of expensive adjunctive equipment or adjusting tools.

Application of SOT adjusting techniques always begins with careful evaluation of the patient’s condition so that appropriate protocols can be followed.  The indicator system also allows for checks and balances so that the chiropractor can determine when a correction has been made.  The basis of the system is to determine the correct category of the subluxation complex and the major area (cranial, cervical, lumbar, or pelvic) to be addressed first, in order to unwind the layers of distortion and uncover the causative subluxation pattern and remove it.  Pelvic blocks, the trademark of SOT, are among the most effective tools in the chiropractic profession for addressing core subluxation complexes including but not limited to SIJ instability and fixation, disc lesions, lumbar subluxations and spinal meningeal distortion patterns.

Dr. DeJarnette dedicated his life and inspired others to dedicate theirs to the pursuit of excellence in the detection and correction of spinal and cranial subluxation complexes.    His legacy lives on in the actions of many whose purpose is to validate and share his work for the good of humanity.