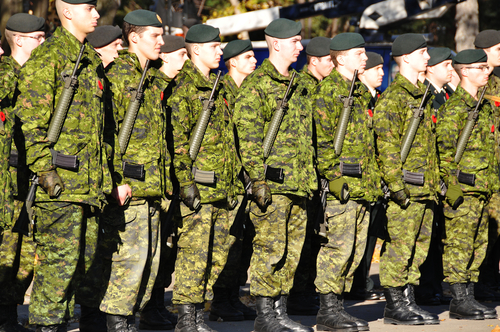 Sept. 24, 2013 — A researcher from the University of Alberta will deploy with Canadian troops to Afghanistan soon to study how soldiers cope with stress.

Dr. Ibolja Cernak is from the Canadian Military and Veterans' Chair in Clinical Rehabilitation at the University of Alberta's Faculty of Rehabilitation Medicine in Edmonton.

She
will spend a month in Kabul as part of her assessment of how soldiers
and veterans cope physically and emotionally before, during and after
deployment.

She says the three biggest problems facing soldiers are mental health, concussions and lower back pain.

Cernak hopes to come up with ways to prevent some of these problems, which can sometimes become irreversible.

Some 120 soldiers from bases in Edmonton and Shilo, Man., have volunteered to participate in the study.

Prior to joining the University of Alberta, Cernak worked at John Hopkins University Applied Physics Laboratory, where she has served as medical director in the Biomedicine Business Area since 2006. She holds a Doctor of Medicine with residency in clinical pathophysiology, a PhD in Pathophysiology/Neuroscience, a Master of Science in Biomedical Engineering and a Master of Science in Homeland Security in Public Health Preparedness.

According to her profile on the University of Alberta's website, Dr. Cernak has served on the battlefield as a member of a
first-responder team and has been recognized as one of the world’s
authorities on explosion (blast)-induced neurotrauma.

— With files from The Canadian Press