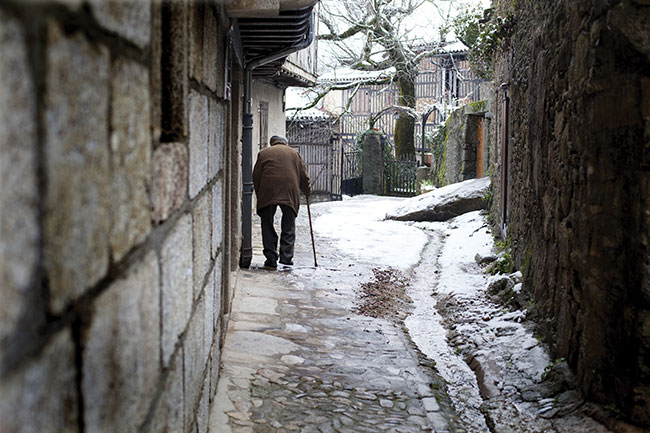 Photo:© Ricardo Ferrando / Adobe Stock
In recent years, three meta-analyses of clinical studies have come to the conclusion that vitamin D supplementation was associated with a reduction in the mortality rate from cancer of around 13 percent. Scientists at the German Cancer Research Center (DKFZ) have now transferred these results to the situation in Germany and calculated: If all Germans over the age of 50 were to take vitamin D supplements, up to 30,000 cancer deaths per year could possibly be avoided and more than 300,000 years of life could be gained — in addition, health care costs could be saved.

For several years now, scientists have been investigating the influence of an adequate supply of vitamin D on the prognosis of numerous diseases. The focus is particularly on inflammatory diseases, diabetes, respiratory diseases and cancer.

Three meta-analyses of large clinical studies have been published in recent years on the question of how vitamin D supply affects cancer mortality rates. The studies* came to the same conclusion: cancer mortality is reduced by around 13 percent with vitamin D supplementation — across all cancers. Only methodologically high-quality randomized trials from all parts of the world were included in the meta-analyses. Exactly what biological mechanisms might underlie this is not yet clear.

“In many countries around the world, the age-adjusted rate of cancer mortality has fortunately declined over the past decade,” says Hermann Brenner, an epidemiologist at the German Cancer Research Center (DKFZ). “However, given the often considerable costs of many new cancer drugs, this success has often come at a high price. Vitamin D, on the other hand, is comparatively inexpensive in the usual daily doses.”

Vitamin D deficiency is common in the elderly population and especially among cancer patients. Brenner and colleagues now calculated what costs would be incurred by vitamin D supplementation of the entire population of Germany from the age of 50. They contrasted this sum with the potential savings for cancer therapies, which are often associated with costs in the range of several 10,000 euros, particularly in the case of advanced cancers during the last months of patients’ lives.

The scientists based this calculation on a daily administration of 1,000 international units of vitamin D at a cost of 25 euros per person per year. In 2016, approximately 36 million people over the age of 50 lived in Germany, resulting in annual supplementation costs of 900 million euros.

The researchers took the cost of cancer treatment from the scientific literature, assuming mean additional treatment costs of €40,000 for the last year of life. A 13 percent reduction in cancer mortality in Germany corresponded to approximately 30,000 fewer cancer-related deaths per year, the treatment costs of which amounted to €1.154 billion in the model calculation. Compared with the costs of vitamin supplementation, this model calculates an annual saving of €254 million.

The researchers determined the number of years of life lost at the time of cancer death using data from the German Federal Statistical Office. Brenner considers the costs and effort of a routine determination of the individual vitamin D level to be dispensable, since an overdose is not to be feared with a supplementation of 1000 international units. Such a prior testing had not been made in the clinical trials either.

“In view of the potentially significant positive effects on cancer mortality — additionally combined with a possible cost saving — we should look for new ways to reduce the widespread vitamin D deficiency in the elderly population in Germany. In some countries, foods have even been enriched with vitamin D for many years — for example, in Finland, where cancer mortality rates are about 20 percent lower than in Germany. Not to mention that there is mounting evidence of other positive health effects of adequate vitamin D supply, such as in lung disease mortality rates,” says Brenner, adding, “Finally, we consider vitamin D supplementation so safe that we even recommend it for newborn babies to develop healthy bones.”

To improve one’s vitamin D levels at absolutely no cost, DKFZ’s Cancer Information Service recommends spending time outdoors in the sunshine, two to three times a week for about twelve minutes. Face, hands and parts of arms and legs should be uncovered and without sunscreen for this period of time.