$3B just for home care, more possible for other health priorities: Philpott 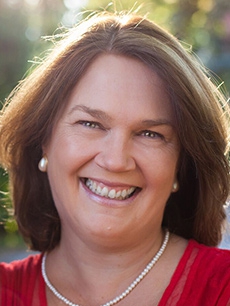 OTTAWA – There’ll be more than $3 billion on the table when Health Minister Jane Philpott meets with her provincial counterparts later this month to hammer out a new five-year health accord.

Philpott says the promised $3 billion is strictly for home care.

But she and provincial health ministers have also identified other priorities that they want addressed in a new health accord, including improving access to mental health services and making prescription drugs more affordable.

If additional financial support is required to implement those priorities, Philpott says she’s willing to discuss it at the Oct. 18 meeting.

During last fall’s election, Prime Minister Justin Trudeau promised “as an immediate commitmen”‘ to inject $3 billion over four years into the health system to bolster home care, including palliative care – a commitment that didn’t rate a mention in the government’s inaugural budget.

Philpott has said she wants the money to be in the Liberals’ second budget early next year but she has warned that won’t happen unless the provinces agree to spend it on home care.

“The $3 billion is a home care commitment so there’s other work that we’ll do with them (on the other priorities),” Philpott said Wednesday.

“If there’s support needed for that, then obviously we’ll discuss support.”

Any additional federal funding would no doubt be welcomed by the provinces. But it’s unlikely to mollify premiers who are upset that Trudeau intends to abide by the previous Conservative government’s unilateral decision to limit annual increases in health care transfer payments to a maximum of three per cent, starting next year.

Those payments have automatically increased by six per cent a year since 2004, when Ottawa and the provinces agreed to a 10-year health accord.

Philpott maintains the health transfer is a matter for finance ministers, separate from the health accord she hopes to negotiate.

She issued a veiled warning Tuesday that federal funding attached to the accord may not materialize in the next budget unless provinces commit to spend it on the identified priorities.