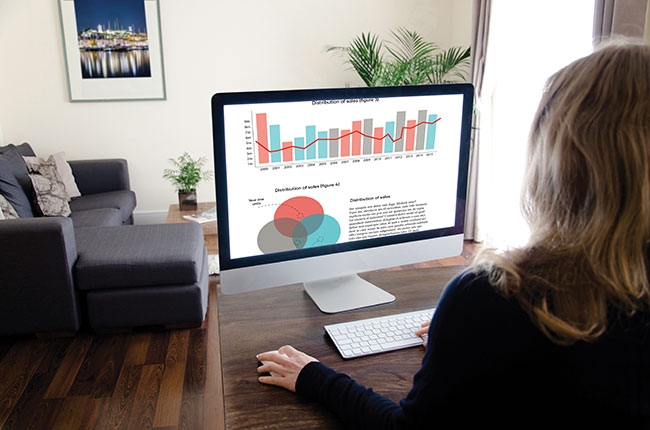 Data suggests females in chiropractic are generally younger, with males “aging out” of the profession. Photo: Getty Images

It seems the profession has stayed stable from 2016/2017 – at least when it comes to annual income. But some questions gave way to interesting tidbits about how practice trends are changing, little by little. The current state of the profession raises questions about the scope of practice, the continued rise of multidisciplinary clinics and the buying habits of Canadian DCs.

This is the third year Canadian Chiropractor has conducted this survey. Thank you to our amazing readers for taking the time to complete it, offering insights and comments not only regarding your own practices, but also for the industry as a whole. The survey was conducted May 22 through June 29 of this year, and 583 of you attempted to complete the survey. After removing incomplete responses, we had 476 surveys from which to draw data. A larger number of female chiropractic doctors answered our survey this year (35 per cent) compared to previous years. While the majority of women still remained in the 40-49 age category, the data suggests females in chiropractic are younger, with the majority of males “aging out” of the profession.

Of course, those in the youngest age category (20-29) and who have only been in practice for a couple of years made the smallest annual net income of any age group. This youngest age group also represented the highest number of practicing females, and perhaps could signal the end of a generally male-dominated profession.

For those who identified themselves as semi-retired chiropractors, the majority work solo (55 per cent), live in British Columbia, and cite both product sales and rentals as the preferred ways to make supplemental income.

Income grew the most for those in their 30s, with just over 73 per cent saying their income increased in 2017 compared to 2016.

FACING CHALLENGES
The challenges in the industry don’t seem to be changing much compared to the previous year either. Respondents still said low public trust was the top challenge for the industry (as it was in 2017 as well), but there’s a larger gap this time around. Low trust level responses jumped from 19 per cent (in 2017) to over a quarter of you choosing that as your biggest challenge.

In 2017, the top choice readers cited as the biggest challenge was “low trust level from the public and/or medical community,” followed (respectively) by “too many chiros/low utilization rate,” “high cost of running my practice” and “lack of, or not enough interprofessional collaboration,” which were all hovering at around 13 per cent of respondents.

Looking at 2018, in second place this year was “other,” so many of you took the opportunity to really specify what it is you find challenging within your practice, even if they did overlap with some of the other categories. Many cited the fact that perhaps the general population is unaware of what chiropractors do, and have a limited belief that chiro is suited to only treat MSK conditions, without a neural component. Differentiation between other medical professionals, and lack of collaboration within the profession were also mentioned.

“It’s impossible to pick one. I don’t think I am alone in saying we have no differentiation from physiotherapists…. We have a low level of trust, probably due to the lack of collaboration and [other] chiropractors using questionable business practices or techniques. Extended healthcare coverage is poor compared to other therapies, especially physiotherapy and massage therapy.”

Other comments specified business-centric issues, like hiring good associates and balancing owning a business with treating other patients and/or life’s other responsibilities.

Respondents were then able to select other challenges they were facing, so if low public trust and bad PR weren’t the first choice, they both were flagged as the second-biggest challenges.

We then asked: “From your point of view, what can be done to solve your biggest challenge?” Education was the word that came up over and over. Public education and increased coverage. Educate and advertise ethically. Interprofessional education. Organized education of public to the overall health and wellness benefits of chiropractic.

One respondent commented: “We need to unify the profession so that there is more consistency between practice types. It is difficult for public/medical doctors to understand what it is we do when we are all practicing with different techniques and using different explanations with our patients.”

EXPANDED SCOPE DEADLOCKED
The numbers have remained stagnant on this question – we had almost identical numbers in 2018 compared to 2017. However, when looking at the comments, the majority of respondents are only interested in an expanded scope of practice as it pertains to getting easily accessible diagnostic information.

Below are a few comments from those who voted the way they did:

UNSURE
“Education of prescription drugs. I think we should be more concerned about making spinal manipulation a controlled act that only chiros can do. [Physiotherapists] learning to do it on weekend courses is ridiculous”

“I am not necessarily in favour, however if it were to allow us to have conversations regarding medication with our patients without stepping outside the scope, I would be for it.”

“I think there is a lot more that can be done in terms of nutritional support for patients. Better education of both DCs and patients with respect to this would likely help set chiropractic apart from medicine. Leave the drugs to the MDs and leave chiropractic ‘natural.’”

“I think we should avoid drug dependency, but pain killers have a place in the acute injury phase. MDs are already in the loop providing meds, or patients use OTC themselves. Not sure why chiros would need to get involved.”

“It is more important that Chiropractors be allowed to order X-Rays and MRI’s from hospitals for our diagnoses than prescription meds that may add to the problem with over medicating the public already.”

“While chiropractic care is a natural form of health care, if we can aid in the care of a patient by prescribing certain medications, it would help the care and streamline the time in which the patient gets better.”

“I feel that chiropractors with limited prescription rights would be able to provide better information to patients regarding pain relief strategies, and potentially lead to fewer adverse events related to inappropriate use of pain medications.”

NO
“I am just gobsmacked at how prescription rights are presented as the chiros who want this care more for their patients than those who don’t. I practice in Alberta and I’m sad for our profession. We are graduating chiros who don’t know how to adjust, or who have no confidence in adjusting and they are wanting to become glorified physiotherapists/MDs who use a prescription pad instead of their hands to help people. I think that we as a profession are in serious trouble.”

“There is a huge risk and responsibility that comes with prescribing medications. This goes against the definition of Chiropractic, anyway. People want more credibility? Stop trying to be medical doctors. The last thing we need in the world is more access to pain meds. There is already a huge crisis. This will definitely make Chiropractic more confusing for the public.”

“I would go the opposite way and have the profession move towards evidence-based chiropractic care that focuses on the benefits of the adjustment. Also focus more on lifestyle counselling to elevate health. Our society is already saturated with drugs that don’t increase health and we don’t need another profession to start flogging them.”

What will next year bring?