Active lifestyles may help nerves to heal after spinal injuries 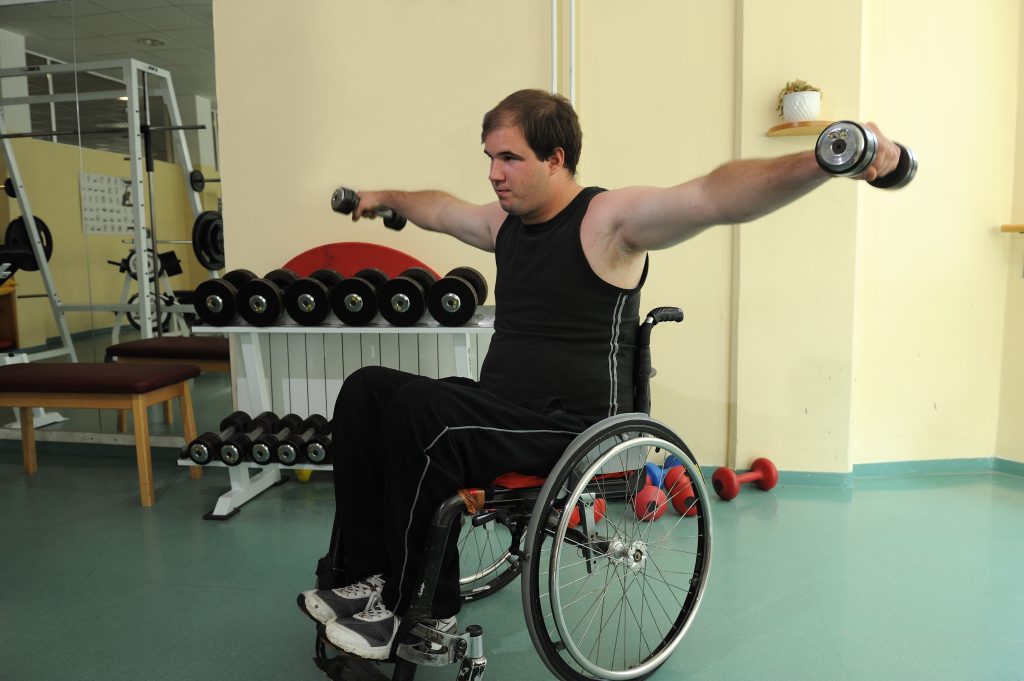 Leading an active lifestyle may increase the likelihood of damaged nerves regenerating after a spinal cord injury.

The early-stage findings, published in the journal Science Translational Medicine, come from studies in mice and rats with spinal cord injuries, in which scientists uncovered a mechanism for nerve fibres repairing after they had been damaged.

An international team, led by researchers from Imperial College London, found that providing rodents with more space, an exercise wheel, toys and company before an injury helped to ‘prime’ their cells, making it more likely their damaged nerves would regenerate following spinal injury.

The researchers were also able to mimic the effects of an active lifestyle by using a drug that targets the same underlying pathways in the cells — ‘reprogramming’ the nerve cells to regenerate following a spinal injury.

The team says that while the work is still at an early stage the findings open a “realistic pathway” towards testing the links between pre-existing active lifestyle and recovery from spinal injury, and potentially to clinical trials of their drug treatment in human patients.

Professor Simone Di Giovanni, from the Department of Medicine at Imperial, whose team led the research, said: “Anecdotal evidence suggests that people with an active lifestyle may recover to a greater degree after spinal cord injury than those who are less active. Our studies support these findings. From what we have seen it’s almost as if the nerve cells are being ‘primed’ for regeneration and growth, which add to this enhanced recovery.”

The spinal cord is made up of bundles of nerve fibres. These are the long ‘tails’ (or axons) of nerve cells, which stretch up and down the spine. When the spinal cord is injured these fibres can become damaged, or in some cases severed completely, and so can no longer carry signals between the brain and body.

To date, injuries to the spine have been difficult to treat as while damaged bone and muscle may heal, regenerating the damaged nerve fibres within — reconnecting the brain and body — has remained a key challenge.

In the latest study, researchers discovered that stimulating nerve cells through environmental enrichment before an injury can help to promote regeneration of the nerve fibres, leading to more regrowth at the site of damage.

“We discovered that environmental enrichment such as housing mice in a larger cage than usual, with more mice in it, more toys, tunnels, swings, running wheels etc. increases the activity of neurons,” explained Professor Di Giovanni. “This leads to changes in gene expression which make the nerve more likely to regenerate. Essentially, by increasing the activity of neurons that sense enriched environmental stimuli we have been able to promote the regenerative potential of nerves after spinal cord injury.”

They found that when mice were generally given more environmental, physical or social stimuli, their nerve cells were altered, boosting their potential to regenerate compared to control mice which had a basic level of enrichment. When nerves from enriched animals were subsequently damaged, the effects of the active lifestyle led to more growth and sprouting of the nerve fibre at the site of injury.

Dr Thomas Hutson, from the Department of Medicine at Imperial, who is first author on the publication said: “Although the findings that an active enriched lifestyle before injury can enhance the regenerative potential of nerve cells is exciting, humans that live enriched lives do not fully recover. This led us to further investigate the underlying cellular mechanisms to identify a therapeutic target that could be exploited after injury.”

The researchers identified a key molecule called CREB-Binding Protein (CBP) that may be effectively reprogramming the nerve cells, altering the expression of a number of genes in the cells and boosting their ability to regenerate.

Based on this, the team used a recently developed drug that activates CBP to reprogramme damaged nerve cells, mimicking the regenerative effect of environmental enrichment.

In trials with mice and rats, they found that giving the drug six hours after spinal injury (and once a week thereafter) promoted the regeneration and sprouting of damaged nerve fibres. Following injury and drug treatment, rats which were otherwise unable to walk properly regained significant mobility in their back legs, compared to control animals without treatment.

The researchers highlight that the study was limited as the findings are from rodents with relatively controlled spinal damage (compared to the variability in location and severity in human injuries), but add that pending safety studies and work in larger animal models, the drug has the potential to move to early stage clinical trials in future.

“The drug treatment that promoted regeneration and recovery in mice and rats after spinal cord injury offers an opportunity to be tested in patients,” said Professor Di Giovanni. “In principle, this kind of treatment is not very far from being tested in the clinic. Further studies are needed to show the drug is safe in humans, before it could be trialled. But in future it could potentially be combined with neurorehabilitation in clinical trials.”