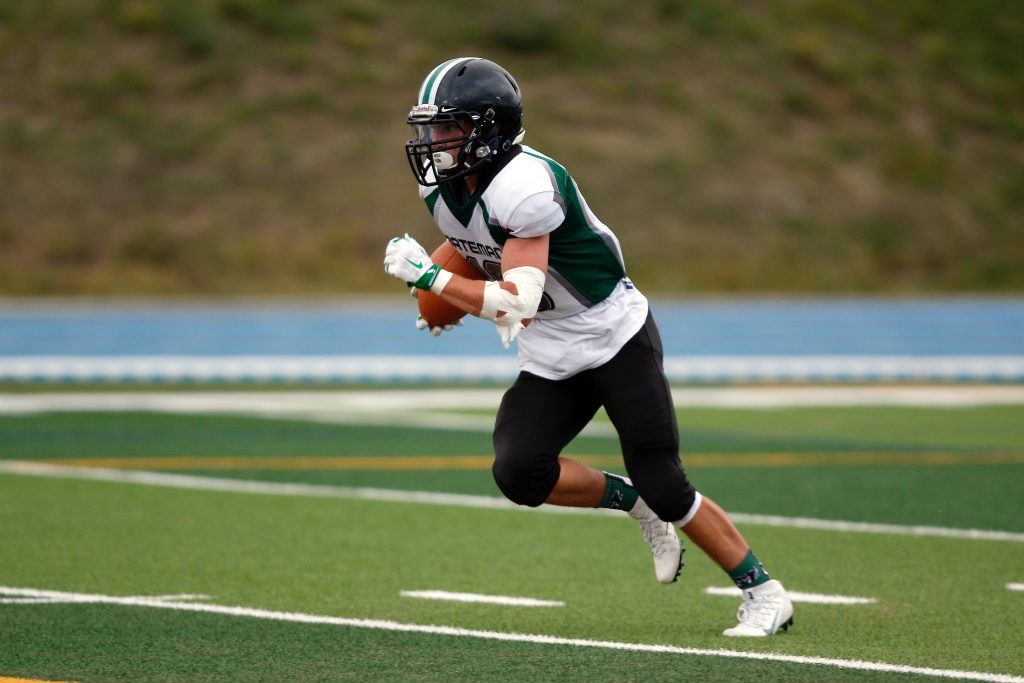 Photo by Keith Johnston on Unsplash

CHARLOTTESVILLE, VA—Researchers from The Sport Science Center at Texas Christian University, Texas Health Sports Medicine, and the University of Wisconsin–La Crosse evaluated the usefulness of biomarker testing in determining the potential extent of brain trauma suffered from repetitive subconcussive head impacts sustained over the course of a college football season. Their findings are reported today in the Journal of Neurosurgery, in the article “Fluctuations in blood biomarkers of head trauma in NCAA football athletes over the course of a season” by Jonathan M. Oliver, Ph.D., and colleagues (https://thejns.org/doi/full/10.3171/2017.12.JNS172035).

In this study, Oliver and colleagues developed a schedule of blood sampling that is cost effective and could fit into the busy schedule of an academic football program. To test the feasibility of this method, they evaluated the usefulness of two well-known biomarkers of head trauma and more severe traumatic brain injury: the tau protein and neurofilament light polypeptide (NF-L).

The researchers obtained blood samples from thirty-five NCAA football players on seven different days, beginning before fall camp commenced and ending three weeks after the competitive football season had finished. The researchers wanted to examine fluctuations in plasma concentrations of tau and serum concentrations of NF-L over the course of the entire football season, during which the number and magnitude of head impacts varied. Those athletes who sustained a concussion were not further examined. Timing of blood sampling was coordinated with the convenience of players and coaches. During the competitive period, this was usually between 36 and 72 hours after a game or practice session.

Twenty football players were identified as starters and fifteen as nonstarters. Since starters are involved in more repetitive plays than nonstarters and are consequently more likely to sustain a greater number of head impacts, the researchers expected to see increased concentrations of biomarkers of brain trauma in starters than in nonstarters, who served as controls in this study.

Concentrations of NF-L increased in both athlete groups during the competitive season, compared to preseason values. In starters, these increases were significantly higher than preseason values at many time points; in nonstarters, the increases in NF-L concentrations never reached statistical significance. Statistical analysis showed that during periods of repetitive head impacts, differences in NF-L concentrations demonstrated fair to modest accuracy for differentiating between starters and nonstarters.

The researchers conclude that, in this preliminary study, serum NF-L shows some promise as a sensible and reliable biomarker of brain injury due to repetitive subconcussive head impacts. However, they point out that this study is preliminary and that additional, larger studies should be performed to verify this. They believe that the knowledge gained by studies of biomarkers will “lay the groundwork for the eventual development of clinical tools to help reduce the deleterious effects of repetitive subconcussive impacts.”

When asked about this study, Dr. Oliver responded, “Given recent findings indicating a potential link between repetitive subconcussive impacts and the development of CTE, efforts to determine the effect of subconcussive impacts throughout an athlete’s career may prove useful, especially if those efforts are feasible and cost effective.”