The neurofunctional era: Optimizing the use of therapeutic resources 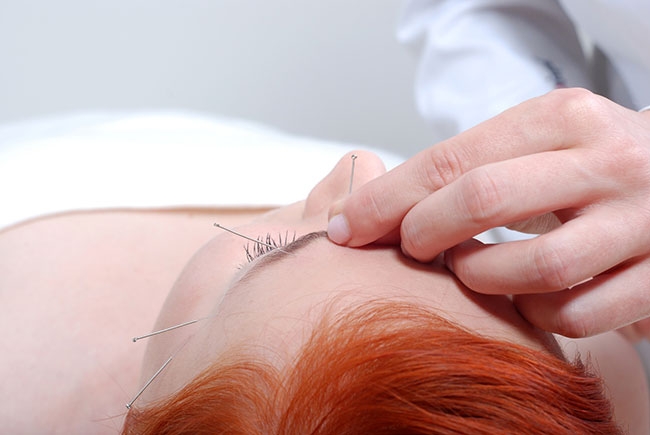 A functional neuromodulation technique, whether manual or with needles, will always trigger three physiological sets of effects. Photo: Adobe stock

Building on the concept of neuroreality, which explains how our experience of the world is not the reflection of an objective reality, but a construct of our brains built with intrinsic and extrinsic stimuli.

Neuroreality is a pivotal concept in contemporary pain medicine as it allows us to finally break free of the “tyranny of the structure” which has dominated pain medicine for thousands of years and signals the start of a new neurofunctional era where we will finally learn to optimize the use of therapeutic resources in the treatment of pain with movement disorders.

There are main neurofunctional elements that contribute to different “pain with movement” clinical situations, from acute, to chronic, to insidious onset syndromes. Thanks to this contemporary neurobiological model of pain, we can now understand which areas of the nervous system – peripheral, spinal and supraspinal – are likely involved in a given clinical case, which helps us make better sense of signs and symptoms commonly found in pain syndromes. It’s important to note neurofunctional diagnosis clinical approach and the selection of treatment targets.

In another previous article in this series, we have laid the foundation to approach pain with movement disorders as neurofunctional phenomena and not as primarily structural disorders, regardless of the particular architectural estate of the musculoskeletal system – whether it’s bulging disks or arthritic joints.

This approach requires two additional important questions to be answered in every clinical case. The first is, “what are we going to treat exactly and how are we going to treat it?” (We will discuss the specific selection of treatment targets in the next issue of Canadian Chiropractor.)Today, we’ll answer the second question: “How can we change neurofunction in a given case in order to provide clinical relief to our pain with movement sufferer?”

The general answer to this question contains, not surprisingly, another word with the prefix “neuro” once again: functional neuromodulation techniques. In my opinion, it’s the gold standard in the treatment of pain with movement disorders.

I say any intervention that leverages existing neuromodulatory mechanisms can be considered a functional neuromodulation technique. These interventions refer mostly to manual techniques such as soft tissue and joint manipulation, and techniques performed with filiform needles and electricity, like my Percutaneous Functional Neuromodulation™ system taught at McMaster University in Hamilton, Ont., for the last 20 years. Additional techniques include the many variations of peripheral nerve stimulation with acupuncture needles, like dry needling and all traditional acupuncture systems. In all of these systems, functional neuromodulation is the scientific explanation of the responses observed clinically following treatments.

Neuromodulation refers to the physiological property of the nervous system to regulate its own activity in response to internal and external stimuli. These stimuli constitute adaptive demands, mostly of physical nature, and as such they require immediate and automatic adjustments of some sort in order to maintain the functionality of the system. A few examples of these demands: changes in ambient temperature, changes in the amount of light that enters the eye, or changes in the direction and speed of motion of the limbs and trunk. Examples of neuromodulatory responses include: changes in the diameter of the small arteries (vasodilation or vasoconstriction), changes on the diameter of the pupil, or changes in muscle contraction and relaxation in different muscle groups, with accelerations and decelerations. These responses protect the body while optimizing the use of existing metabolic capabilities. In the three examples, we can see that both the autonomic and the somatic nervous systems are involved in the processing of the stimuli and in the functional physiological responses triggered. Indeed, all functional neuromodulatory responses are based on different categories of neural reflexes such as somato-somatic, somato-sympathetic, somato-vagal, somato-visceral or viscero-somatic. Understanding the physiology of the body and the nature and mechanisms of these reflexes is mandatory to profit from the use of functional neuromodulation techniques.

Sign up to get the latest news and events from Canadian Chiropractor. Our E-newsletter will be sent to you only once per week, on Mondays. In Figure 1, you’ll see a depiction of the specific mechanisms of neurofunctional modulation of nociception, involving a complex set of “top down” and “bottom up” circuits, of both neurological (neuron to neuron) and neurohumoral (neuron to blood or cerebrospinal fluid) nature. Understanding these circuits and what stimulates them, will allow practitioners to engage the most valuable mechanisms available in a given pain with movement problem. Although a full discussion of these circuits is beyond the scope of this article, a brief example will help us grasp the complexities of the system. In Figure 2, we see a contemporary scientific version of what, years ago was called the gate control hypothesis, i.e. the idea that at the spinal cord (specifically at the dorsal horn) “information” from thick myelinated fibres is processed hierarchically over information from thin myelinated and unmyelinated fibres (nociceptive fibres). This mechanism has proven to be a scientific reality, and is recognized as one of the several functional neuromodulatory strategies that the spinal cord utilizes in order to process, integrate, select and modulate the many sensory inputs that arrive at every spinal segment.

As part of the spinal cord mechanisms acting on the nociceptive signals entering the dorsal horn, in Figure 2 we can also see the existence of descending inhibitory and facilitatory circuits that modulate the activity of the synapses of these neurons upon arrival at a given spinal segment.

A functional neuromodulation technique, whether manual or with needles, will always trigger three physiological sets of effects.

Rather than spending the rest of our space today discussing these interesting functional neuromodulatory mechanisms, I’d like to devote the rest of this article to the description of the general mechanisms by which functional neuromodulatory techniques work, whether manual techniques, such as miscellaneous soft tissue and joint manipulation, or the many minimally invasive techniques based on the insertion of fine solid needles on specific areas of the peripheral nervous system.

In a nutshell, a functional neuromodulation technique, whether manual or with needles, will always trigger three physiological sets of effects, as follows:

There are two key concepts I’d like to emphasize to help the reader understand the power of the neurofunctional model and the functional neuromodulatory techniques.

The first message is that the response to a given functional neuromodulatory technique is dependent on the state of the patient’s nervous system, and not on the technique “per se.” Therefore, if we have a patient with a damaged nervous system or with a significant degree of sensitization, then we will not see the same “almost miraculous” responses that we witness often on patients with predominantly neurofunctional adaptive problems. The accurate evaluation of the state of the patient’s nervous system will always help us determine whether a direct neuromodulation technique via anterior primary rami is possible or whether it is better to reach the spinal segment via posterior primary rami. At the same time, we can also attempt to neuromodulate the system via the many supraspinal mechanisms available, whether neuroautonomic or neuroendocrine reflexes, or by stimulating some of the top-down circuits depicted on the previous two diagrams. Additional techniques to achieve these effects include the use of low frequency electrical stimulation, with or without needles, or the use of needles on the auricle, the head, and the distal aspects of the limbs.

The second message is the foundation of what we will discuss in the next issue, i.e. how to select effective neurofunctional treatment targets in pain with movement disorders. This message, in my opinion, constitutes the most important technical departure from traditional structure-based approaches to pain problems: Most neurofunctional interventions do not aim at eliminating pain directly, as the pain experience is the brain’s byproduct of a complex multidimensional dysfunction (neurological, metabolic, biomechanical, behavioral) and not the result of a singular linear event produced by a structure. In order to modify the unpleasant neuroreality associated to a pain with movement experience, a complex integration of linear and non-linear therapeutic inputs is required. To be clear, in the use of functional neuromodulation techniques, the goal is to promote the self-regulation of nervous system activity, facilitating bottom-up and top-down neuromodulatory processes (such as the production and repair of myelin sheaths or the synthesis of protein-based nerve membrane ion channels), as well as to promote spinal integration and restoration of lost connectivity with peripheral and supraspinal levels of the nervous system.

All of these functional neuromodulation responses result in many physiological and clinical improvements, including improved segmental neuromotor function, improved segmental and regional regulation of vasomotor activity, and improved regulation of other sympathetically mediated neurofunctions (vascular, metabolic or visceral). Finally, integration of these many functional responses results in spinal modulation of nociception, and in central self-regulation of the pain experience, with significant or total resolution of the symptoms. All of it, paradoxically, without any structural restoration, which is hardly ever possible. For instance, scar tissue in the muscle after an injury does not recover or repair the lost sarcomeres and is merely a junction of disorganized connective tissue to maintain structural linear unity, but with different histology from the original tissue.

In conclusion, functional neuromodulation techniques seem to be the most effective therapeutic interventions available to change patient’s neuroreality in a pain with movement disorder. They are also relatively easy to replicate using a neurofunctional diagnostic approach that investigates the most common contributors to the pain
problem.

DR. ALEJANDRO ELORRIAGA CLARACO, is an international sports medicine consultant who has worked with hundreds of professional athletes and thousands of clients for over three decades. He has used his extensive clinical experience and research to become an innovative educator in the field of “pain with movement” disorders. You can find out more at mcmasteracupucture.com.
Print this page