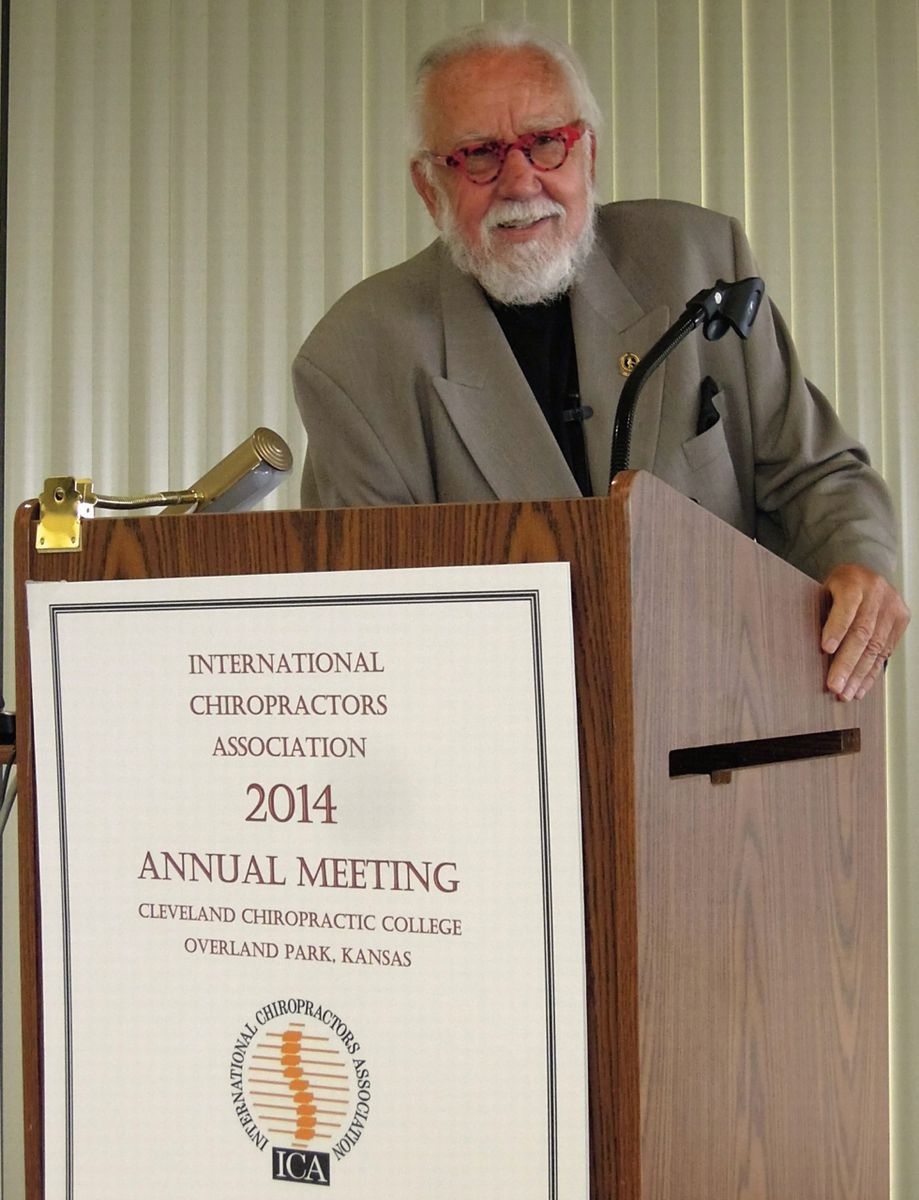 July 10, 2014 – Renowned chiropractor Dr. James M. Sigafoose passed away on July 3, 2014 after a short illness. Recognized worldwide for his inspirational chiropractic philosophy and motivational teaching, Sigafoose has been a powerful leader and teacher to generations of chiropractors.  He also authored many books and a variety of multimedia educational products utilized by chiropractors all over the world. He will be sorely missed.

A memorial celebration of the life of Dr. Jim Sigafoose has been
scheduled on Saturday, Aug. 2 at 4:00 p.m. eastern time at 810 Baker
Avenue, Abingdon, Maryland.

“He was a mentor and inspiration to
countless thousands of chiropractors around the world, myself included,”
said ICA president Dr. Michael S. McLean. “I was proud to be his friend
and colleague. We were deeply honored to have Jim contribute so
generously of his wisdom and experience as the keynote speaker at ICA’s
June 2014 Annual Meeting in Kansas City.”

Sigafoose was also
selected by the ICA board of directors to be the 2014 recipient of the
Dr. Herbert Ross Reaver Award in celebration of his lifetime of
dedicated and courageous service on behalf the chiropractic profession.

Upon
graduating from high school, Sigafoose served in the U.S. Army for two
years and received his chiropractic education at National College. His
pathway to his unique and powerful understanding of chiropractic science
and philosophy led him through a great variety of learning experiences,
all of which enabled him to articulate and explain what is important in
a successful chiropractic practice like no other speaker.

Sigafoose
married his beloved wife Patsy in 1954 with six of their children
following in his footsteps and becoming chiropractors. In addition, a
son-in-law, a nephew, and a daughter-in-law are also chiropractors.