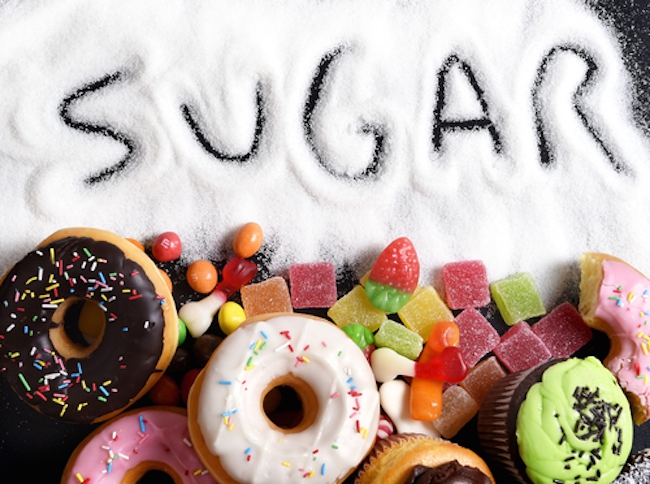 With some people calling sugar toxic and others insisting it’s essential for energy, filmmaker Damon Gameau decided it was time to unpack the ambiguity around the sweet substance.

He conducted an experiment – using himself as the guinea pig – to document the effects of a high-sugar diet on a healthy body. He would eat 40 teaspoons of sugar a day, the equivalent of just above the daily teenage average in Australia, and show his progress in “That Sugar Film.”

The sugars had to be hidden in commonly perceived “healthy” foods and drinks – like granola bars, juice, low-fat yogurt, cereal, smoothies and sports drinks. The sugar had to consist of sucrose and fructose, whether “added” or naturally occurring.

He had to avoid pop, junk food, ice cream and candy. He had to choose low-fat foods and maintain his same level of exercise.

With his first breakfast of cereal, juice and yogurt, Gameau found he was nearly halfway to his daily total with about 20 teaspoons of added sugar. (One teaspoon of sugar is about four grams.)

During the two-month experiment, Gameau was supervised by medical and nutrition experts. He gained 15 pounds and packed on more than four inches around his belly. Within three weeks he’d developed fatty liver disease. He suffered from mood swings, lack of energy and skin breakouts. By the end, he had early Type 2 diabetes and heart disease risks.

This all came from eating much less fat and fewer calories than before he started.

“I was eating a lot of food that parents might feed their kids,” said Gameau, noting many of the products are cleverly marketed with bright colours and slogans denoting health.

“But as we explore in the film, they often have more sugar in them than their healthier alternatives.”

The World Health Organization recommends limiting daily intake of added sugars to less than 10 per cent of total energy intake. A further reduction to below five per cent or roughly 25 grams (six teaspoons) per day would provide additional health benefits, the WHO says.

“We’re not trying to demonize it and say don’t ever have sugar again. Just be aware of where it’s actually hiding because then you can make choices,” said Gameau.

While making the film, he became aware of the levels of non-alcoholic liver disease, diabetes and obesity in kids.

“The more I learned and understood the topic the more I thought you really have to make sure kids see this. That’s why I really played with the tone and made it irreverent and fun and accessible to families.”

Gameau put what he couldn’t include in the film in “That Sugar Book,” a companion volume that includes tips, advice and recipes.

Gameau, 39, has starred in several feature films, with his performance in Robert Connolly’s “Balibo” earning him an Australian Film Institute nomination for best supporting actor. He also appeared in the TV series “How I Met Your Mother.”

“I’ve always had a desire for doing something like this, tell my own story. You spend so long telling other people’s stories and you think you’re such a vital cog in the wheel, but when you make a film you realize actors are important, but there are so many things that go on,” Gameau said.

The good news for Gameau is that his health and weight went back to normal once he returned to his pre-experiment diet.

“I think there’s a terrific message in there, how reliant as a society we are on medications and big pharma, that a lot of this stuff obviously can be prevented by eating the right foods.

“For many people who aren’t too far down the road you can get incredibly positive results just from changing the way you eat.”

The film opens Friday in Toronto, and in Calgary and Winnipeg on July 17, with wider release later.