Practicing what he preaches: Our Q+A with Dr. Gilles LaMarche, Vice President of Professional Relations at Life University 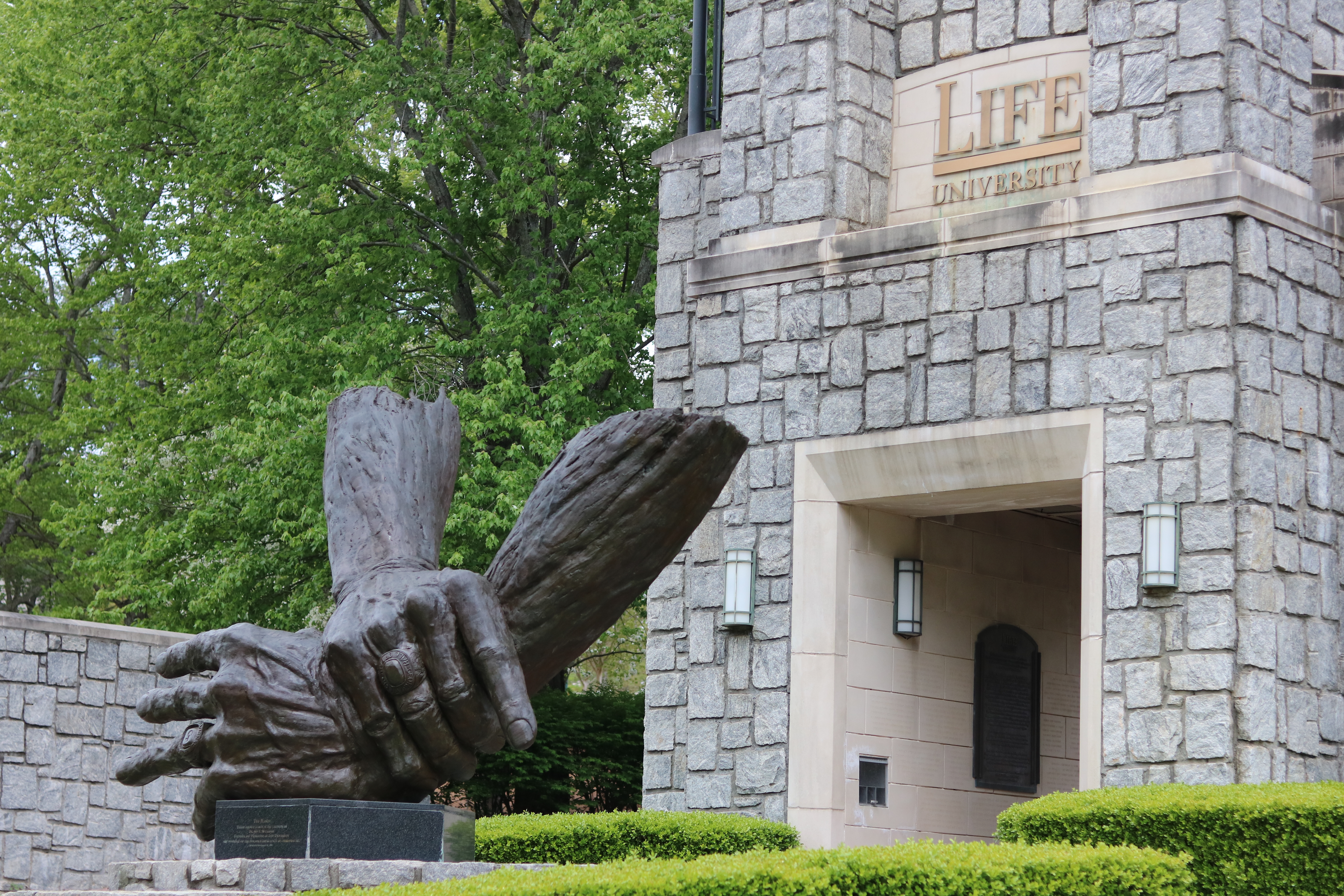 Dr. LaMarche has spoken internationally for over 30 years, and serves as the Vice President of Professional Relations at Life University, where he organizes his fair share of seminars and events.

Canadian Chiropractor caught up with Dr. LaMarche to get the latest on what attendees can expect at this year’s Life Vision Canada event, plus some insight into his chiropractic secrets for success.

CC: You’ve had quite a long chiropractic career – where did it all start for you?

Dr. LaMarche: I went to my first chiropractor at the age of 12, after hurting my back from a chair being pulled out from underneath me in school. I went the “traditional” route, but there was no progress and six months later, I was in so much pain I could barely walk. A family friend recommended chiropractic.

What really impressed me with the doctor is that, even though I was there with my mom, he directed the consultation to me. After the exam and X-rays, he talked about this word I had never heard before: subluxation.

The doctor not only described my recent subluxation, which was probably causing the pain in my back, but also mentioned other subluxations in my upper spine and my neck. He asked my mother if I had ever fallen or hit my head when I was younger and that’s when my mother started to cry and said: “He didn’t fall, he was a forceps delivery baby.”

He related what he had found on the autonomic nervous system chart and gave his suggested care. He told me not only will chiropractic solve the issues in my back, but it should also solve all the other issues I had as a child. I was never a “sick child,” but I always had issues of constipation, indigestion, etcetera.

I remember being sceptical, since I had been to tons of doctors and they never said anything was wrong with me. Within a few short weeks of chiropractic treatment I was completely well. My back pain was gone and my body physiologically started to function better. I said to him: “When I grow up I’m going to be like you.”

After attending CMCC and having a great interning experience, I moved back north to Hearst, Ontario to open my first practice in 1979. I always wanted to serve in an underserviced community for at least two years, but I ended up staying for five. 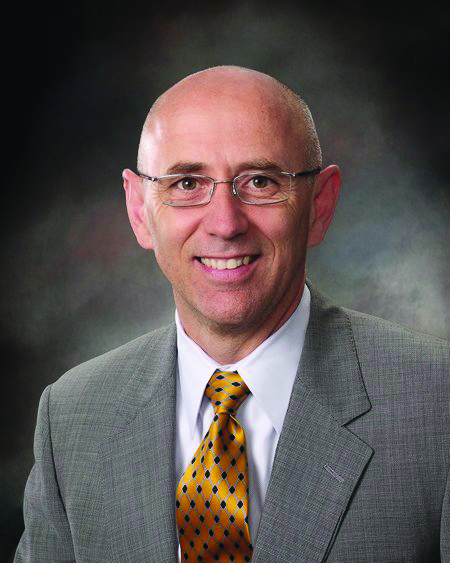 Dr. Gilles LaMarche (pictured) once committed to handing out 5,000 business cards in his first year of practice.

CC: Building a successful clinic is no easy task. How important is community outreach when building a practice?

Dr. LaMarche: People don’t just show up just because you have a sign. I committed to handing out 5,000 business cards my first year of practice – and I did. Think about it: that’s only 100 a week, 14 a day. Shake hands, meet people and be nice. The initial people came to me because they thought I was just a genuine, nice person – or I got referrals.

I found a niche market when I was in Timmins. I positioned myself as a “family-based” practice. You can advertise and market to parents and go where the parents are. Or, you can market your practice to the adults through the children. Parents will usually come in by themselves and are unlikely to bring their children with them, but I made my marketing about the children, so of course the kids came along too, giving me the opportunity to educate both groups.

In Timmins, I organized a “sports injury symposium” in conjunction with the parks and rec department (and got on the news, plus the front page of the paper the following Monday). I was sure to attend great events, and stayed up to date with research. I would write news releases and articles for the newspaper. I started writing books, and developed a book gifting script to get the community engaged with health and wellbeing.

CC: You’ve mentioned before that “chiropractic saved your life.” Can you tell me a bit about what you mean when you say that?

Dr. LaMarche: I’m alive today because of chiropractic. In 2003 I was diagnosed with primary pulmonary hypertension, a terminal disease where the prognosis is death in 24 months or less. I saw cardiologists, respiratory specialists, went to the Firestone Institute, and they all told me the same thing – I needed a double lung and heart transplant.

April 14, 2004 was the last day of practicing privately. Half hourly doses of Ventolin allowed me to get through my appointments, but it was awful. I felt like I wanted to rip my skin off after pumping that stuff into my body. Thirty days later, I realized there must be something wrong with my spine and nervous system. But it couldn’t be – I saw a chiropractor once or twice a week. And then it dawned on me: I’m not a practice member in any practice. I’m never with the same chiro. There was nobody that charted my progress or lack thereof; I hadn’t had an X-ray of my spine in probably 20 years. So off I went to the chiropractor as a new patient. After a thorough consultation and examination, including X-rays, we determined that my spine looked good except from C7 to T4. Well, the nerves that control heart and lung function exit the spine from T1 to T4. After continued care with the same practitioner, the pressure had improved by more than 50 per cent dropping from 57 to 27(mmHg), based on the cardiologist’s objective tests. Normal is 15, so it was still high but with a significant improvement. Within two years I was 100 per cent normalized. In addition to the primary pulmonary hypertension, I was diagnosed with an enlarged heart, we all know as cardiomegaly. Within two years of regular chiropractic care, my body adapted again and my heart returned to normal. From being unable to walk more than 100 or so feet unaided in 2004, I now regularly run 5k races.

CC: Luckily your improved health meant you could get back to work. After building up the Parker Seminars, you’re now with Life University. Planning successful events is no easy task. What’s your secret?

Dr. LaMarche: I built up my reputation by getting involved in my community and our profession. Because of my successful practice I was invited to speak at multiple conferences around the globe very early in my career, and this has continued. By doing so I developed phenomenal relationships that I continuously foster, and make sure to always deliver on my promises. Honesty, integrity and service are at the top of my hierarchy of values, and I strive to live these continuously. Beyond seminars, I served on the College of Chiropractors of Ontario for a total of 12 years – as president for the last two. I was also a member of the Canadian Chiropractic Guideline Initiative Task Force. Part of what I have accomplished is reputation-based, but most importantly, it’s relationship-based. Because I am known to deliver on my promises, people trust me – a gift that I will never betray.

I don’t put out tons of advertising until I’ve actually done my grassroots work with individuals who have contacts and have people they can talk to. I go directly to the influencers, describe to them what I’m building, and ask them to participate. And as it turns out, I’ve rarely gotten a “no” from anybody.

CC: What can we expect from this year’s Life Vision Canada?

Dr. LaMarche: I think chiropractors should know that we bring a different energy to this event – it’s not all academic. We’re a health-focused event that generally covers five “buckets” of thought. One of them is the fact that chiropractic is founded on neovitalism. In the second “bucket,” we always have speakers that speak on the traditional principles of chiropractic, talking about the neurologically centered definition of subluxation: how you apply it in your practice and your communication, and providing evidence rooted in research.

We have some speakers that are lifestyle oriented, in the way that they discuss how you will apply chiropractic to your daily life, and will also involve how to teach your patients and your community about the chiropractic lifestyle. The 5th bucket involves a chiropractor or someone involved in the chiropractic profession, giving way to the calling of being a servant – how you learn to serve: Our speakers will share how to serve from your heart, with kindness, passion and knowledge, and lead the healthcare revolution that is desperately needed.

We will kick off the event talking about Life Vision principles and the philosophy of neovitalism. Two international speakers will speak about the traditional principles of chiropractic. A cardiologist by the name of Dr. Jack Wolfson will talk about natural cardiac health, how to apply it within the chiropractic practice, how to teach it to your patients, then we’ll share video and written testimonials, ending Friday with Brandi MacDonald, a CA and practice owner with her husband Dr. Don MacDonald from Edmonton, Alberta. She’s one of the best advocates of the neo-vitalistic lifestyle I have ever heard speak anywhere in the world.

CC: While the Life Vision event will no doubt be a positive and uplifting experience, every profession faces challenges. What is one of the biggest challenges in chiropractic you see today?

LaMarche: It’s important to learn, know and understand the basics of communication – it’s a key factor to become what I call “the go-to health expert in your community.”

One of the challenges that remain is self-esteem in the profession in my opinion. Chiropractors graduate from college thinking they are second-class citizens, or second-class practitioners. This issue stems from the fact that the education doesn’t give reverence to the chiropractic adjustment when an individual is subluxated. In my case, there’s nothing anyone could have done for me until my subluxations were corrected – period. I was dying and I was dying fast, and all they could think in a reductionist model was, “OK, well let’s open you up and change your heart and lungs.” Well, I didn’t opt for a transplant and my heart and lungs are working well even 15 years later. I avoided the unnecessary trauma from surgery, had the interference corrected and my body healed exactly as it is designed to do. Some people say [about chiropractic], “Well, if you don’t have any pain in your back or in your neck, then why should you go to a chiropractor?” If that’s the model I had followed, I would be dead. I didn’t have any pain in my neck or back, yet I was dying because of spinal subluxations.

We must give reverence and respect for the human body’s natural ability to heal.

Dr. Jim Parker was my mentor and one of the lines that he taught me that still holds true to my heart today is “Loving service – my first technique.” When you choose to humble yourself to be a true servant and use the gift that you have to serve your community, to serve humanity, you get to live a very exceptional life. That’s the character that I developed and its basically my personality now. Your personality becomes your personal reality.

So, I choose to be a kind, loving, and  respectful individual, and that’s what I get to live everyday.

Related
LIFE Vision Canada is back in 2019
Keys to Your Practice: Living the new rich lifestyle
Living in a high-tech world
Time to shift from pain-based to wellness-based marketing