Federal government should invest $3.3B into health care for seniors, says report 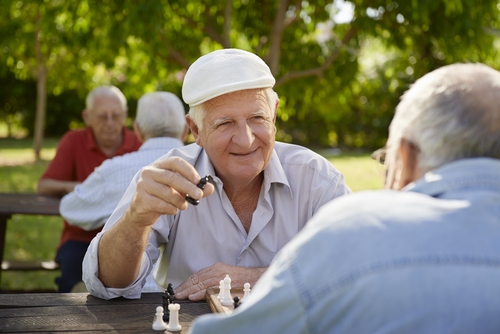 The Conference Board of Canada study, commissioned by the Canadian Medical Association (CMA), says that it would cost the federal government $3.3 billion in the next year to implement three strategies to cope with the wave of aging baby boomers.

In the next five years, the price would jump to $17.5 billion as boomers put an ever-increasing strain on the Canadian health-care system.

“The reality (is) that it costs more to look after people who are aging,” said Dr. Cindy Forbes, president of the CMA. “There are at least three items that are doable and will make a difference to Canadians in the next budget cycle.”

The first strategy recommends giving provinces and territories additional money for health care based on the age of their populations.

The money is currently provided solely based on population, which the report calls uncommon and impractical, because an elderly population has higher health-care costs.

According to a recent study in the journal PLOS One, the average cost for care in a patient’s last year of life is $54,000.

The Conference Board report says countries like Belgium, Germany and Switzerland all top up their health-care transfers based on age.

Prime Minister Stephen Harper has said he’d renegotiate the terms of the CHT when it expires in 2017 so that increases would be tied to population and economic growth.

Liberal Leader Justin Trudeau said if elected, he’d negotiate the terms of an adjusted CHT with the provinces come 2017. Tom Mulcair, leader of the federal New Democrats, has said an NDP government would reverse Conservative cuts to provincial health transfers.

The second potential reform laid out in the report is coverage of the entire cost of medications for all households that are currently spending at least $1,500 per year, or three per cent of their annual income on drugs.

A July study by Angus Reid showed that 14 per cent of Canadians have neglected to fill a prescription due to cost.

Mulcair recently suggested a similar strategy that would see the creation of a universal pharmacare program. He said that if elected, he’d contribute $2.6 billion to the project over the next four years.

Forbes said she’s heartened to see pharmacare being discussed on the campaign trail.

However, the Conference Board report says funding a national pharmacare plan would cost $8.4 billion over the next five years. In 2016 alone, it would cost $1.5 billion, more than half of Mulcair’s proposed four-year budget.

According to Statistics Canada, there are currently eight million “informal caregivers” in Canada – people who look after aging or ill loved ones without financial compensation.

A refundable tax credit could reduce a tax bill to below zero, essentially refunding some of the money spent on caregiving. It would cost $90.8 million in 2016 to make the credits refundable.

While the report doesn’t detail the cost of making the credits refundable past next year, the Conference Board’s Matthew Stewart said the price tag is only expected to grow by about one per cent each year, bringing the total cost to $500 million by 2020.

Stewart, the associate director of national forecasting at the board, said it’s up to politicians to decide whether they’re willing to invest the money in these three strategies to cope with ballooning health-care costs as Canada’s population ages.

“To me, the most interesting thing in this report is the cost of aging,” he said. “Rarely have we actually put that into dollar amounts.”