Study finds watching live games can be stressful to heart 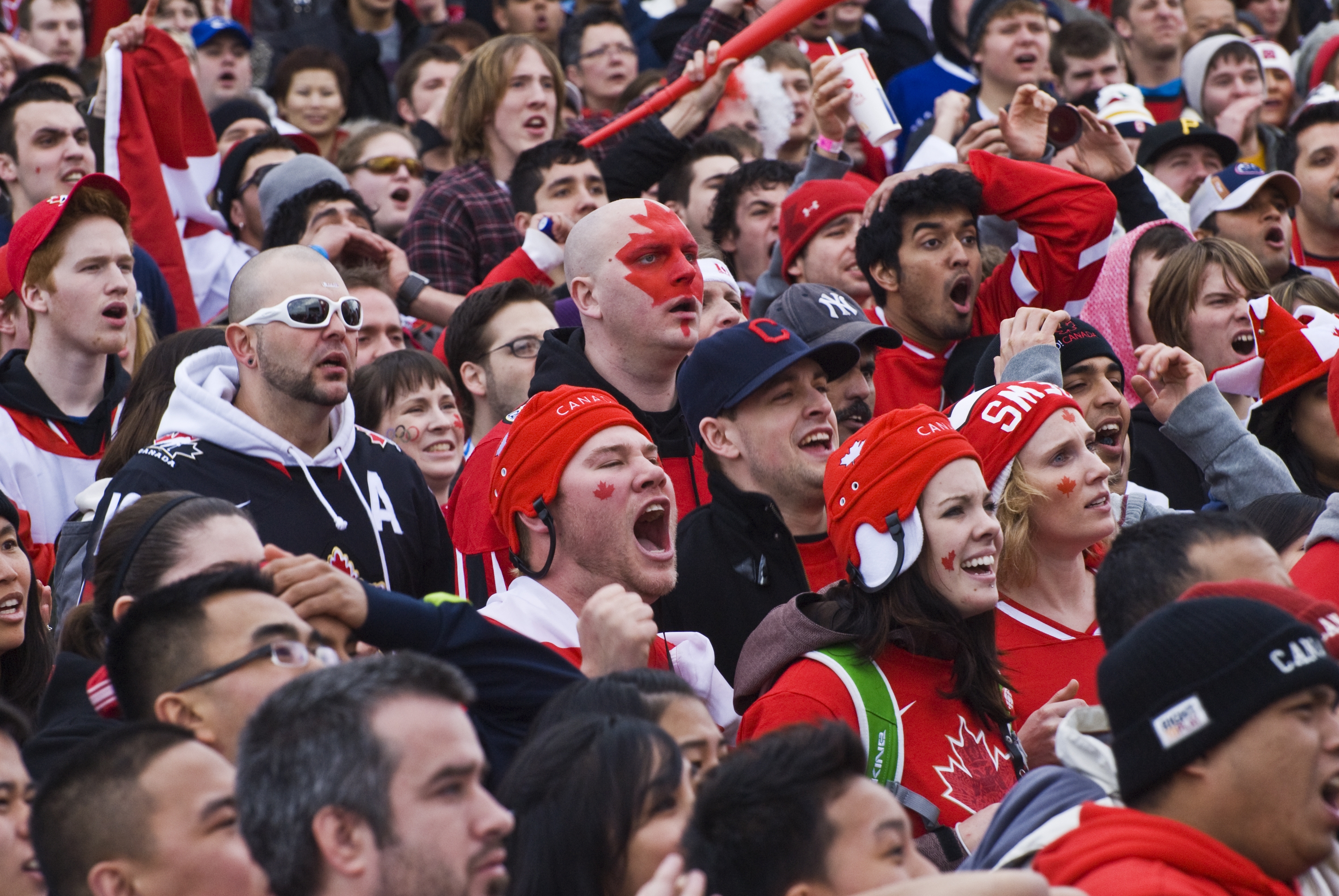 TORONTO – With hockey season now underway, here’s something for fans to take to heart: a new study suggests the excitement of watching one’s favourite team, either live or on TV, can have a profound effect on the cardiovascular system, in some cases even doubling the heart rate.

The study by the Montreal Heart Institute, which monitored the heart rates of Montreal Canadiens fans during games, found that those watching on TV had an average increase of 75 per cent, while those attending a live game saw an average spike in their heartbeats of 110 per cent.

“Our results indicate that viewing a hockey game can be the source of an intense emotional stress, as manifested by marked increases in heart rate,” said cardiologist Dr. Paul Khairy, the study’s senior investigator.

The intensity of the stress-induced heart-rate response “does carry the potential to trigger cardiovascular events in susceptible individuals,” said Khairy. “Therefore, the results have important public health implications.”

The authors believe the study, published Thursday in the Canadian Journal of Cardiology, is the first to look at the cardiovascular effects of emotional stress among fans of Canada’s national game.

But what’s also unique is how the research came about: the study was conceived, designed and in large part carried out by Khairy’s 13-year-old daughter, Leia, and her Grade 9 classmate Roxana Barin, both of whom play on an intercity soccer team that competes against other squads from Montreal and elsewhere in Quebec.

“We both play competitive sports and as we play, of course, our hearts are pumping because we’re stressed and we’re running and doing physical activity,” Leia said Wednesday from Montreal. “But then there’s our parents on the sidelines that are jumping up and down, almost going crazy.”

“When we end the game,” added 14-year-old Roxana, “our parents are like, ‘Oh my God, that was so stressful.’ But you were just watching the game. So we wondered what the impact was on their hearts … maybe their hearts are like beating so fast that it’s almost as if it was (like) physical activity.”

The girls took their idea to Khairy, who offered the support of the Montreal Heart Institute “to make sure (the study) was performed as rigorously as possible.”

Instead of having participants equipped with Fitbit wrist bands to measure their heart rate during games, Khairy suggested using a wearable cardiac monitor known as a Holter, which records a person’s heart rhythm “every second, beat by beat.”

That allowed researchers to later correlate what was happening to the heart’s pumping action with what plays were happening on the ice at the time.

They recruited 20 healthy Habs fans, aged 23 to 63, and asked half to watch the regular season games at home on TV while hooked up to a Holter, and the other half to be monitored while attending a live game at the arena.

What the researchers found was that both groups experienced a rise in heart rate, but those who had seats at the game had a 10-beat per minute higher rate on average than those watching at home.

Roxana and Leia also evaluated which elements of the game were linked to peaks in heart rates.

“And that was interesting as well because they found it wasn’t so much the outcome of the game that mattered – in terms of whether the team won or lost or even who they were playing against – but it was determined more by the high-intensity portions of the game, such as overtime periods and scoring opportunities for the supported team,” he said.

The study also looked at “fan passion scores,” a measure of the emotional attachment to a team, to see if it influenced heart rate during a game. A fan passion score is based on a questionnaire used in international soccer research that the authors adapted for hockey enthusiasts.

They found no correlation.

Studies of European soccer fans have found that the incidence of cardiovascular events like heart attacks and strokes among fans rose by 25 to 50 per cent on the day of a game, especially when the supported team was eliminated from a major championship.

Khairy said the results of the Montreal study could be extrapolated to dedicated fans of other NHL teams, such as the Toronto Maple Leafs and the Edmonton Oilers, although he can’t say they would apply to other sports like baseball or basketball.

But he said the findings shouldn’t leave hockey fans down-hearted.

“I think the overall message here is I don’t think we should be discouraging people from enjoying life and watching (their team) … But having said that, when we know what the risks are, then we’re better equipped to minimize those risks.”

“At-risk patients should be warned about potential CV symptoms. They should be instructed to seek medical attention promptly if such symptoms occur (and not wait for the end of the period),” they write.

“At events where triggering might occur, appropriate precautions should be in place, including the availability of defibrillators and personnel trained in their use.”