Who wants to be a millionaire?

Report says living healthier could save men millions over his lifetime 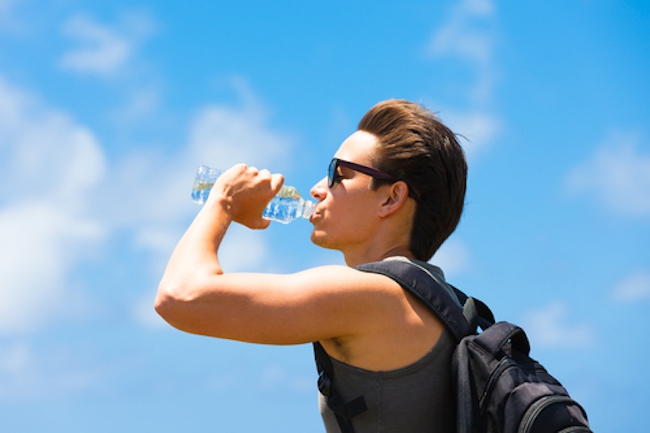 VANCOUVER – Canadian men could be wealthier and healthier if they curbed their spending on things like tobacco and alcohol, lost a few pounds, and invested the money instead, says a new report released on the eve of Canadian Men’s Health Week. In fact, a very unhealthy guy could stand to lose $8.6 million over his lifetime.

The Canadian Men’s Health Foundation (CMHF), a not-for-profit organization, commissioned the report to illustrate how men can make small lifestyle changes and get big results that will benefit their health – and their bank balance. H. Krueger & Associates Inc. conducted the study.

The report, “How Much Does Tobacco Smoking, Alcohol Use and Excess Weight Cost Individual Canadian Men,” examines the financial burden on those risk factors on men and the Canadian economy. It not only estimates the out-of-pocket costs of purchasing cigarettes and alcohol and the additional life insurance premiums that are charged to individuals with any one of the three risk factors, but also considers lost investment opportunities. A guy who smokes five cigarettes per day, consumes one alcoholic drink per day and is six feet tall weighing 258 lbs., could save $275,000 in out-of-pocket costs over his lifetime. But if he invests that money between the ages of 30 and 75, that amount goes up to a staggering $1.7 million.

“This is eye-opening news for guys, who might not consider the true costs of their bad habits. The good news is that by making small lifestyle changes, your body and wallet will thank you,” said Wayne Hartrick, president of CMHF. “Our ‘Don’t Change Much’ campaign is built around the concept that small steps become habit, and habit becomes a healthier lifestyle.”

“When Canadian men are in good physical health they are able be more productive, contribute to the economy, and live happier more productive lives,” she said. “During Men’s Health Week, I encourage men to start by making one small lifestyle change that can contribute to improving their overall health and quality of life.”

Crunching numbers
The costs vary substantially depending on the level of consumption or excess weight. To illustrate this point, three hypothetical “Joes” were created:

• Low-Risk Joe, who smokes five cigarettes per day, consumes one alcoholic drink per day and is six-feet-tall, weighing 258 lbs. (a body-mass index or BMI of 35), could save $275,000 over his lifetime. If Joe took this money and, instead of spending it on cigarettes or alcohol or additional life insurance premiums, invested it between the ages of 30 and 75, the cost increases to $1.7 million.

• High-Risk Joe, who smokes 40 cigarettes per day, consumes five alcoholic drinks per day and is six-feet-tall, weighing 332 lbs. (a BMI of 45), could save $1.1 million over his lifetime. Invested, costs go up to $8.6 million.

Smoking just five cigarettes and consuming one alcoholic drink per day can cost an individual $1.5 million. Across Canada, 26.4 per cent of males between the ages of 30 and 64 smoke cigarettes. Over one-third of these smokers are heavy smokers, meaning they smoke at least one pack (20 cigarettes) per day.

More than three-quarters (75.6 per cent) of Canadian males aged 30-64 also consume alcohol. Some 14.8 per cent of males in this age group consume daily levels of alcohol that would be considered hazardous or harmful to their health.

Related
Back pain linked to mental health problems and risky behaviours in teenagers
Does alcohol consumption have an effect on arthritis?
Health Canada releases latest federal data on tobacco, alcohol and drug use
Most Canadians may not know health risks of alcohol consumption: report