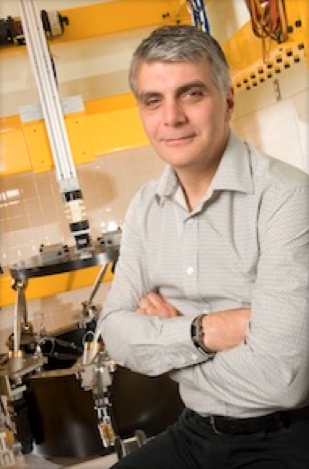 A team of crack researchers finally may have solved the mystery of knuckle-popping.

In a study published recently, University of Alberta scientists describe how modern imaging technology has shed new light on the age-old riddle of why some joints crack when you pull them.

“It’s something that every culture, every society is interested in,” said Dr. Greg Kawchuk, chiropractor and lead author of the paper published in the online journal Plos One.

“We all do it. People love it or are repulsed by it.”

But nobody had actually looked closely at how the noise beloved by annoying uncles is created.

The first paper on the subject dates back to 1947, said Kawchuk. It theorized the crack comes from an air cavity created by the sudden separation of the two affected joints.

Nonsense, said a 1971 rejoinder in scientific knuckle-cracking literature, which suggested the pop is the result of an air pocket collapsing.

With the help of a colleague – fellow chiropractor Dr. Jerome Fryer – whom he describes as the Wayne Gretzky of knuckle-cracking, Kawchuk decided to bring MRI technology to bear. No one had ever before looked inside a knuckle as it cracked.

“When we saw that, we said, ‘Wow! There’s a real opportunity here.’ It’s been sitting there waiting for someone to do (it).”

The team designed a carefully calibrated knuckle-puller that resembles the kind of woven finger-trap on offer in novelty stores. The subject digit was placed under a magnetic resonance imager and the requisite tug applied.

Video of the event – which lasted about 310 milliseconds – was carefully analyzed.

At first, the surface tension of the fluid in the joints kept the bones together.

“As we increased the pull, suddenly you reach the point where you overcome that surface tension and the two joint surfaces suddenly fly apart,” said Kawchuk. “In that moment, we saw the creation of an air cavity that happens at the same time the sound is produced.”

A similar effect can be created by pressing two hands together at the palm, then quickly separating them.

The imager wasn’t able to determine what’s in the cavity, air or a gas released by surrounding tissues. Nor can Kawchuk be completely sure the cavity is what creates the sound.

“We have to be a little bit careful,” he said.

“We’re only imaging a very small slice of what’s happening inside the joint. There’s things that are happening to the left and right and in between our images that may be causing the sound, but we don’t see them.

“But what we did observe is consistent with what was proposed in 1947.”

The research does have real importance. Fingers aren’t the only joints in the body that crack.

“By using this technique to look into people’s joints, we have a little bit of a window to better understand joint health.”

As well, not all people are able to crack their knuckles. The paper could help scientists understand why.

Kawchuk’s study is silent on the question of why some individuals enjoy cracking their knuckles or whether it’s as bad for them as their mothers say.

“I’ve had people tell me, ‘It drives me crazy,'” he laughed. “It’s the kind of thing people lose marriages over, I think.”

Related
Sound science
What makes joints pop and crack and is it a sign of disease?
Gene sequencing solves one-fourth of mystery diseases in kids, adults
Researchers call for increased access to full results of medical studies