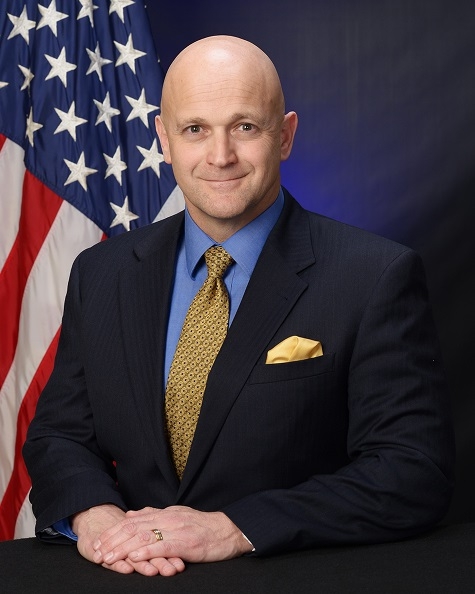 DALLAS, Tex. – The board of trustees, faculty, staff, students, and alumni of Parker University are pleased to announce and celebrate the inauguration of their new president, Dr. William E. Morgan. As the seventh president of Parker University, Morgan will begin his term presiding over an expanding roster of both programs and students as Parker University pursues its “mission of comprehensive education dedicated to research, service and education.”

The inauguration was held at 1:30pm on the Parker University main campus in Dallas, Texas at the Standard Process Student Activity Center on October 7, 2016. General Walter Boomer was present as a special guest of the president, who invited him to make a special presentation on his behalf.

Boomer is a retired four-star general and assistant commandant of the United States Marine Corps and a business executive. He led all marines in Operations Desert Shield and Desert Storm during the Gulf War. He later served as the chairman and CEO of Rogers Corporation, retiring in 2004.

In 1998, Morgan was chosen to establish the first chiropractic clinic at the National Naval Medical Center in Bethesda, Maryland, which later became Walter Reed National Military Medical Center. In 2015, Walter Reed recognized Morgan with its highest honor for clinical excellence, the Master Clinician’s Award. During the last 18 years at the military’s most prestigious medical centers, he practiced in an integrative setting providing chiropractic care to the injured troops returning from the wars in Iraq and Afghanistan.

In a note to the Parker board chair, Admiral Mike Mullen, USN (retired) 17th chairman of the Joint Chiefs of Staff, remarks, “I am writing to express my warmest congratulations on your selection of Dr. Bill Morgan as the next president of Parker University. You simply could not have made a better choice. I have known Bill as a matchless student and practitioner of his profession over the past 13 years. He has had an enormous positive impact on thousands of lives. This impact has been that much more significant during over a decade of war where he has innovated and been on the leading edge of chiropractic practice in sometimes overwhelming circumstances. Bill is personable, studied, and dedicated beyond the call. You truly will be blessed in his service and we will miss him immensely here in Bethesda.”

Parker University’s chairman of the board, Dr. Oliver Smith said, “The Board of Trustees selected Dr. Morgan based on his depth of experience as a doctor of chiropractic, alongside his continued involvement in almost every aspect of the profession, including but not limited to his ability to integrate chiropractic into mainstream health care,” states Smith. He continues, “Dr. Morgan’s comprehensive skill-set will certainly lead Parker University students, faculty and alumni toward a successful future, and we are honored to appoint him as our president.”

In 1985, Morgan received his Doctorate of Chiropractic from Palmer College of Chiropractic – West Campus and soon after, married fellow Palmer graduate, Clare Pelkey. They practiced for 13 years in California. He has completed a 2,000-hour fellowship program in Integrated Medicine.

Excited about his new position, Morgan states, “Dr. Jim Parker created a chiropractic college in 1982 with a unique spirit, adhering to the rich philosophy, art and emerging science of his profession and with a strong mission. As the new president of Parker University, it is my goal to work toward continuing Dr. Parker’s vision for the university, with special emphasis on his passion for education, entrepreneurship, healing, self-actualization and personal responsibility. Dr. Jim Parker’s focus on service is epitomized in my favorite Albert Schweitzer quote, ‘I don’t know what your destiny will be, but one thing I know: The only ones among you who will be really happy are those who will have sought and found how to serve.'”