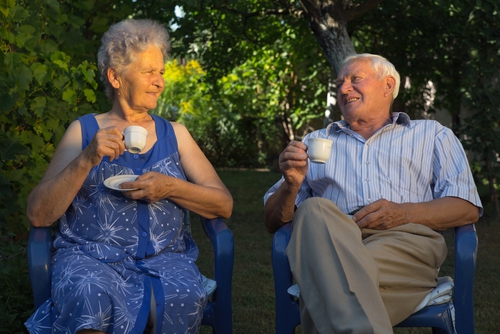 Twice a week, Alphons Evers sets aside a few hours to work the phone, matching up his roster of volunteer drivers with clients who need a lift.

Although the free service is geared towards those receiving cancer treatment, often times Evers says he’ll get calls from seniors who simply need help getting around.

“Some people live on their own, and they don’t have anyone to help them,” said Evers, a volunteer co-ordinator at NOVA West Island, a community health organization serving the suburbs of Montreal’s West Island.

It’s a request that could become more common, with new research suggesting more and more Canadians are choosing to move to the car-dependent suburbs in their golden years.

Even if the condos popping up in urban centres may seem a perfect fit for retirees, Canadians 65-and-over are increasingly going outside the city, according to a study from Concordia University.

Zachary Patterson, a professor in Concordia’s department of geography, planning and environment, said the findings could mean difficulties ahead.

“Seniors who live downtown will be able to access services that they need without having to use automobiles,” Patterson said in an interview.

“In the suburbs, if you lose your licence you may not be able to access the services you need. The challenge is to provide services to people in spread out areas – to people who haven’t got access to automobiles.”

Across the board, Patterson found the rate at which seniors are moving to the suburbs appears to be increasing faster than for all other age groups.

Montreal’s West Island in particular is expected to get older, both due to an aging population and the arrival of new seniors. By 2018, the number of those 65 and older will climb to 42,000, up from 29,000 in 2012, presenting a host of new problems.

Helene McGregor, who heads a seniors’ advocacy program in the area, said transportation is a constant issue, especially for those who lose their driver’s licences.

Paid services are available, she said, “but not everybody wants to spend the money. And not everyone has the money to spend.”

Although the study didn’t look in depth at the causes of the shift, or whether it’s likely to continue, Patterson does offer one possible reason: an increase in the number of new, affordable apartment residences in the suburbs, where downsizing seniors tend to move.

Regardless, the demographic shift has planners and health-care workers looking to adapt to the new system.

“A concrete example would be to add extra park benches, more lighting, stop lights that give people more time to cross the street,” Juneau said, adding that more complex issues, like access of health services and transportation, also need to be addressed.

“I think it’s something many municipalities need. The demographics are calling for it.”