Features Business Management Patient Care
To the CN Tower and back: The importance of overtraining education 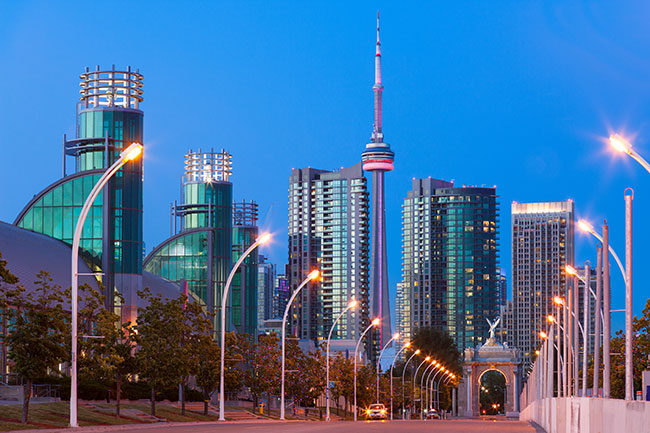 This past spring, Hamilton, Ontario native Ryan Polawski approached me and said he was raising money and awareness for addiction and mental health. He was running from Hamilton city hall to the CN Tower and back – all within the same day. (That’s over 160 km!)

Naturally, I offered to help by providing pre-race treatment, and in addition, our team treated him during the race. Ryan did an exemplary job by completing the race in just 24 hours, raising almost $50,000, along with loads of awareness. What Ryan realized in the weeks to follow was that the effects of the run were problematic. His lack of rest and recovery during that time now contributed to post-race injury, which manifested as knee dysfunction, hip pain, and other maladies that prevented him from leisurely running for general health and exercise.

Education about overtraining
In our practices, we often see patients who achieve fantastic results using concepts like circuit training and running in general. They can improve their shape by losing weight and elevating muscle tone, but sometimes they forget to pace their regimen and fall into the trap of overtraining. Although it is part of our practice to run a business, it is foremost our duty and obligation to explain to patients why they just can’t keep coming back to get treated for us to “fix them up.”

Many chiropractors treat recreational or amateur athletes. Often, they encounter patients that have injuries that stem from overuse or improper movement mechanics. This is very apparent in marathon and long-distance runners.

For instance, the average serious marathon athlete takes 16 weeks to prepare for a race and averages about 50 kilometres per week. During the many months of preparation, they are seemingly able to power through any training-related injuries, pain and dysfunction. But once the race is done, they take a rest – that’s when everything begins to fall apart mechanically.

Heat, the natural lubricant
I have inferred that there is a physiological reason why long-distance runners “fall apart” after weeks of training their musculoskeletal systems. The analogy of a steel mill is often used to describe this phenomenon. In a steel mill, there is a blast furnace that runs at temperatures above 800 degrees Celsius to cook the impurities from the steel during manufacturing. These blast furnaces are primarily made of bricks and mortar and the furnace never completely shuts off, because once it stops running the furnace would simply fall apart from the damage of the heat and the overuse over time.

In a blast furnace, it’s the heat and the continuous use that keeps the furnace together and allows it to run. The same is true for endurance athletes and marathoners. Athletes who overtrain often have problems in the two weeks following the competition. This is because while they are in training, physiologically the body is releasing adrenalin, endorphins and neurotransmitters – which prime the nervous system to ensure that the muscular system remains functional.

In addition, athletes usually practise good nutrition and their continuous training stimulates the production of collateral blood vessels through angiogenesis. So, they can feed their tissues, allowing them to perform well daily. This euphoric high continues through the training period and usually peaks when race-day arrives.

However, once the athlete has met their goal, the endorphin levels can suddenly drop, causing an isolated muscular weakness referred to as “motor muscle inhibition.” Because most athletes engage in activity recreationally, rather than professionally, they too can run into the problem of overtraining.

What is happening?
Since there is a lack of a causal relationship between diagnostic imaging results, orthopedic testing and symptoms, we must look further into what is happening on a musculoskeletal level when patients who overtrain experience pain and dysfunction.

Motor muscle inhibition: Muscle motor inhibition (alpha-motor neuron muscle inhibition) is when the nerve that sends the impulse to contract a muscle becomes unable to function at its optimal capacity due to chemical or physical trauma. This results in a perceived weakness of that muscle, which changes the biomechanics of the entire region. The primary cause of motor inhibition is neurogenic inflammation, in which inflammatory, noxious substances are released by the sensory axon to inhibit the motor neuron.

Prolonged inflammation and pain can lead to protective muscle spasm, accumulation of fibrous tissue and muscle shortening. The fibrous tissue forms palpable taut muscle bands and trigger points; such muscle dysfunction and spasm lead to compression of blood vessels and decreased blood flow, creating nociception. In short, nociception is the nervous system’s reaction to irritating chemicals. Neurogenic inflammation, which can be caused by injury or repetitive strain. This causes that muscle to become inhibited. Chronic nociceptive stimuli result in a cortical delay of the motor output and reduced activity of the painful muscle, which can prevent effective motor retraining. In short, overtraining can trigger motor inhibition and continued training can cause more tissue damage.

In less than 24 hours: Ryan ran four marathons. He did it in temperatures that averaged less than 5 degrees Celsius over the period. He ran through the night in the frigid cold with only three to four 25-minute treatment breaks. A feat nearly super-human, but ultimately not immune to the potential long-term effects of overtraining. As physicians we must be aware of these pitfalls and we must educate our patients so that they reduce long-term injury.

Anthony LOMBARDI, DC, is a private consultant to athletes in the NFL, CFL and NHL, and founder of the Hamilton Back Clinic, a multidisciplinary clinic. He teaches his fundamental EXSTORE Assessment System and practice building workshops to various health professionals. For more information, visit www.exstore.ca.